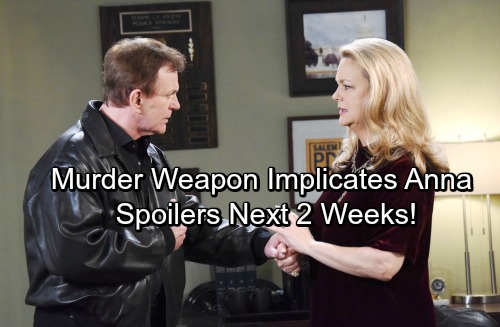 Days of Our Lives (DOOL) spoilers for the next two weeks tease that some serious drama will hit Salem. The week of January 22-26 will bring a mixture of sadness and rage for some of the DiMeras. Chad (Billy Flynn), Kate (Lauren Koslow) and Abigail (Marci Miller) will struggle to cope with Andre’s (Thaao Penghlis) brutal murder. 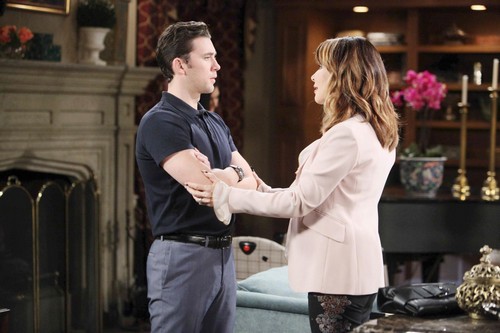 Other Days of Our Lives spoilers say Abigail will spar with Gabi (Camila Banus). She’ll note that Gabi threatened to kill Andre the last time they talked. Gabi will insist it was a figure of speech. She’ll fire back that Abigail might’ve been done the deed.

DOOL spoilers state that Abigail will be appalled by Gabi’s accusation. They’ll have quite a battle this week. Meanwhile, Valerie (Vanessa Williams) will drop a bomb on Eli (Lamon Archey). She’ll let him know that Lani’s (Sal Stowers) pregnant, so he’ll obviously want to see if this is his kid. Lani will do her best to hide the truth, but it’s not going to be easy. 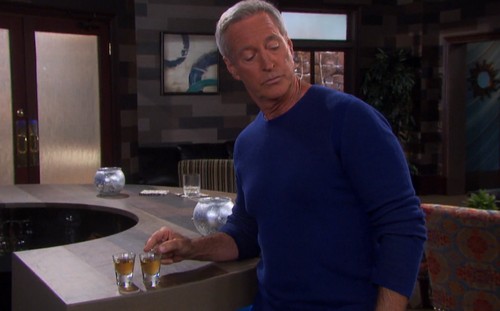 Elsewhere, John (Drake Hogestyn) will face guilt as he sneaks something in Steve’s (Stephen Nichols) drink. Days spoilers reveal that John has been poisoning Steve, so he’s the cause of his pal’s weird symptoms. The week of January 29-February 2 will spark some suspicions for Paul (Christopher Sean). He’ll eavesdrop on John’s disturbing phone conversation.

Will Paul suspect that John’s out to get Steve? He might confront his dad or he could hold off and do some investigating. Across town, Carrie (Christie Clark) will show up to help with Anna’s (Leann Hunley) case. Since Roman (Josh Taylor) will tell some fibs during all of this, he may need legal advice as well. 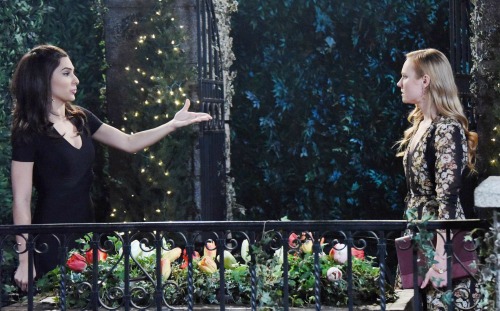 Days of Our Lives spoilers say a surprising guest will appear at Andre’s funeral. It’s almost time for Billie’s (Lisa Rinna) stint, so she might be a good option. However, there might be other shockers in store. Anything can happen in Salem right now!

Eli (Lamon Archey) will pitch in with the complex murder investigation. He’ll go over some security footage with Rafe and it could point to a new suspect. Hope (Kristian Alfonso) will also be caught off guard by a visit from Will (Chandler Massey). He’ll need Hope’s assistance to solve a problem he’s dealing with.

It sounds like plenty of action’s on the way. We’ll give you updates as other news comes in. Stick with DOOL and don’t forget to check CDL often for the latest Days of Our Lives spoilers, updates and news.