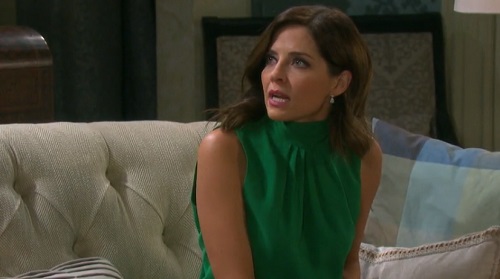 Days of Our Lives (DOOL) spoilers for Monday, June 4, tease that Ciara (Victoria Konefal) will have a helpful chat with Kayla (Mary Beth Evans). Every time she tries to take things to the next level with Tripp (Lucas Adams), Ciara’s haunted by horrible memories. Chase (Jonathan McClendon) raped her and the pain of that ordeal is causing a major roadblock in her love life.

Ciara will open up about what she’s dealing with and ask Kayla for some guidance. Naturally, she’ll get the same advice she got from Hope (Kristian Alfonso). This is Ciara’s choice to make, but Kayla will think admitting the truth would be beneficial. She’ll assure Ciara that Tripp’s crazy about her and will be nothing but understanding. Ciara shouldn’t let Chase destroy her happiness.

Meanwhile, Tripp and Claire (Olivia Rose Keegan) will battle temptation. DOOL fans know they’re both dealing with some heartache right now. There’s also some attraction between them, so it’ll create the perfect storm for passion on Monday. Days spoilers say they’ll strip down for sex, but Tripp will ultimately pump the brakes. He’ll note that he’s not over Ciara and this isn’t a good idea. 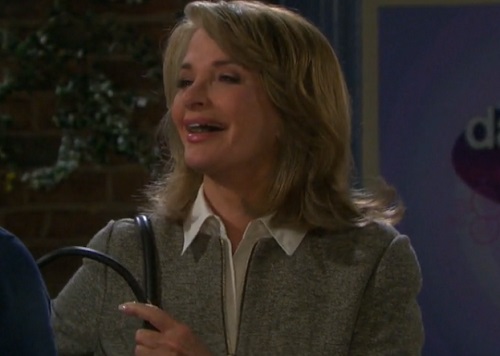 Unfortunately, Ciara will come home and get quite a shock. She’ll find them naked on the sofa eventually, so this situation’s about to get even more complicated. Elsewhere, Marlena (Deidre Hall) will stand by her assessment. She just revealed that she can’t file an objection to Ben’s (Robert Scott Wilson) release.

Hope will chew Marlena out, but it won’t change anything. Days of Our Lives spoilers say Ben’s release will move forward, so Hope will fill JJ (Casey Moss) in. He’ll be outraged over this stunning news, but there won’t be anything he can do either. Salem had better get ready for Ben’s return!

Other Days of Our Lives spoilers state that Theresa (Jen Lilley) will refuse to give up on Brady (Eric Martsolf). She just suggested that if she has to leave the mansion, she’s taking Tate (Colin and Kyle Schroeder) with her. Theresa may backtrack a bit sooner or later. Playing hardball probably isn’t the way to win Brady over!

Patience is the key. #DAYS pic.twitter.com/xGXSr8yIba