Days of Our Lives Spoilers: Thursday, May 3 – Kate Stuns Chad with DID News – Lucas Struggles with Temptation

BY Heather Hughes on May 2, 2018 | Comments: one comment
Related : Days of Our Lives, Soap Opera, Spoiler, Television 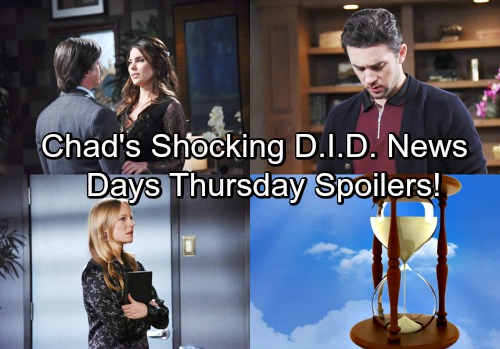 Days of Our Lives (DOOL) spoilers for Thursday, May 3, tease that Lucas (Bryan Dattilo) will have Chloe (Nadia Bjorlin) on his mind. He was thrilled when she turned down the job offer in Mexico and vowed to stay in Salem. Lucas was ready to start a new chapter in their love story, but Chloe suddenly had a change of heart and left town. He’ll be in a dark place as he mulls over Chloe’s abrupt decision.

DOOL fans can expect Lucas to struggle with temptation. Booze will seem like an awfully appealing way to deal with his pain. Fortunately, it looks like Lucas will manage to stay strong. He’ll know that falling off the wagon would just bring more heartache in the end. Lucas may try to stay busy instead, so turning his attention to Brady (Eric Martsolf) would be a good plan. 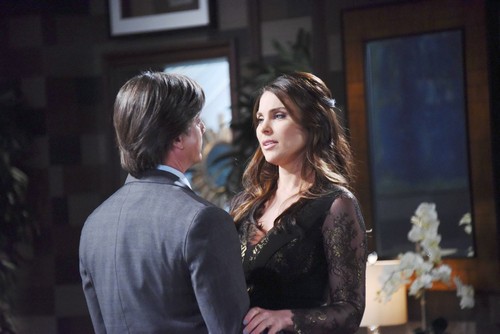 Brady could certainly use some support right now. He’s stuck in the hospital thanks to Miguel’s (Phillip Anthony-Rodriguez) club soda fiasco. Plus, Eve’s (Kassie DePaiva) furious over a misunderstanding. Days of Our Lives spoilers say Lucas will defend Brady in Thursday’s episode. He won’t want Eve to give up their love, especially before she has all the facts.

Maggie (Suzanne Rogers) and John (Drake Hogestyn) will agree with Lucas on this. They’ll think Brady deserves a chance to explain, so Eve will consider letting him. Of course, Brady has to recover enough to give his spiel! Days spoilers say Eve will be torn as she awaits news on Brady’s condition. Part of her will hope that Brady’s been truthful, but she just won’t be sure she can trust him yet. 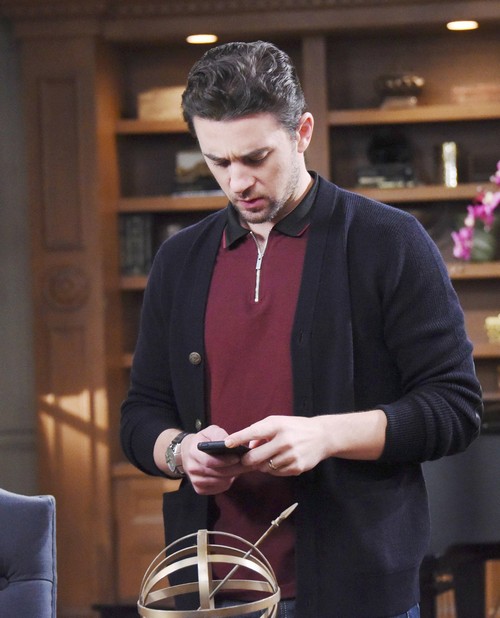 Elsewhere, Kate (Lauren Koslow) will give Chad (Billy Flynn) some crazy updates. She’ll fill him in on Abigail’s (Marci Miller) dissociative identity disorder, so Chad will obviously be in shock. Once Chad wraps his head around Abigail’s diagnosis, he’ll promise to help her. Chad will be determined to get Abigail through this mess, but that plan will come with plenty of drama.