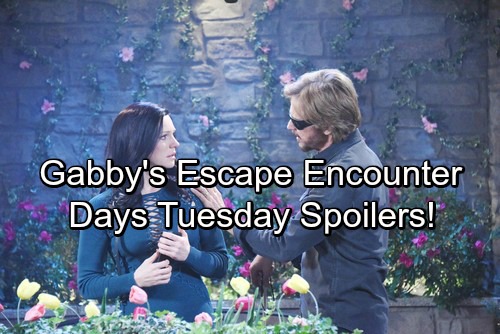 Days of Our Lives (DOOL) spoilers for Tuesday, April 24, tease that Rafe (Galen Gering) and Hope (Kristian Alfonso) will have no choice but to arrest Chad (Billy Flynn). Stefan’s (Tyler Christopher) currently dying on the floor thanks to Chad’s brutal beating. After Chad saw Stefan in bed with “Gabby,” he really went off the rails. He just couldn’t control his rage, so there are going to be consequences.

DOOL fans can expect Hope and Rafe to read Chad his rights. They’ll escort him to the police station and try to learn more about what happened. Days spoilers say Chad will explain his side of the story, including the brainwashing accusations. Like Rafe and Hope, Chad suspects Stefan messed with Abigail’s (Marci Miller) mind. 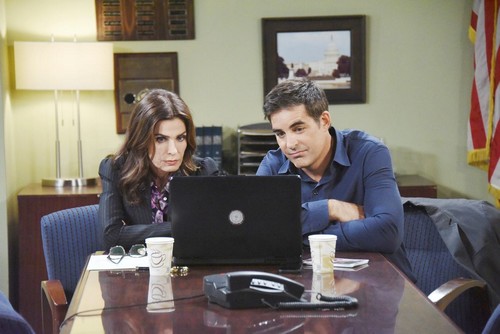 Hope will understand why Chad’s upset, but she’ll hate that he chose to handle things so violently. She’ll warn that if Stefan doesn’t survive, Chad’s attempted murder charges will be bumped up to murder. Meanwhile, JJ (Casey Moss) the new EMT will rush Stefan to the hospital. He’ll pull off a quick rescue and prove he made the right career choice.

Other Days of Our Lives spoilers say “Gabby” will run into someone surprising. She planned to make a break for it, but she paused to call 911. As “Gabby” tries to get a grip, Steve (Stephen Nichols) will show up. He’ll sense that something’s wrong, but he won’t be able to see Abigail’s strange appearance. Still, Steve will listen and offer some advice that might actually help “Gabby.” 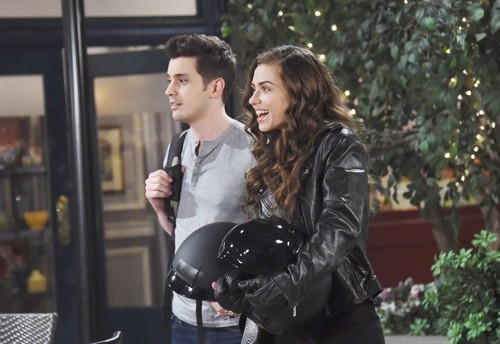 Elsewhere, Ciara (Victoria Konefal) and Wyatt (Scott Shilstone) will bury the hatchet. They had a nice chat recently, which included an apology from Wyatt. Days spoilers say Ciara will give Wyatt a second chance. She’ll think he seems truly sorry, so she’ll hope they can start over as friends…or maybe more.

Of course, Ciara has no idea that Wyatt helped Claire (Olivia Rose Keegan) win the contest. Claire thought she’d be happy with the victory, but guilt will creep in on Tuesday. She’ll meet up with Julie (Susan Seaforth Hayes) to make an admission and get some valuable guidance.