Days of Our Lives Spoilers: Tuesday, March 20 – Chloe’s Back with a Secret Admirer – Lucas Gets Good News – Sonny’s Bitter Warning 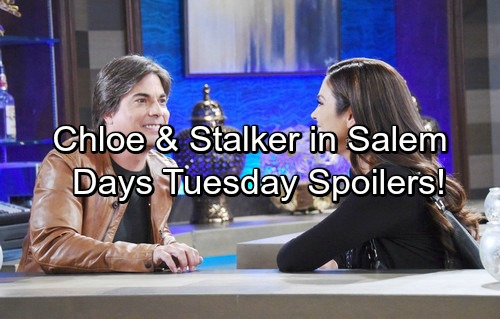 Days of Our Lives (DOOL) spoilers for Tuesday, March 20, tease that Chloe (Nadia Bjorlin) will finally make it back to Salem. She’s been out of town for an opera gig, but she’s ready to return and get a fresh start in her love life. Chloe has an enticing offer waiting for her and she’ll soon take advantage of it.

DOOL fans will recall that Lucas (Bryan Dattilo) asked Chloe out on a date before she left. Chloe agreed and she hasn’t changed her mind. She’ll let Lucas know she’s been looking forward to their time together. Days of Our Lives spoilers say Lucas and Chloe will bond as they ice skate. This could be the beginning of a sweet reunion, but trouble’s brewing thanks to a mysterious stranger. 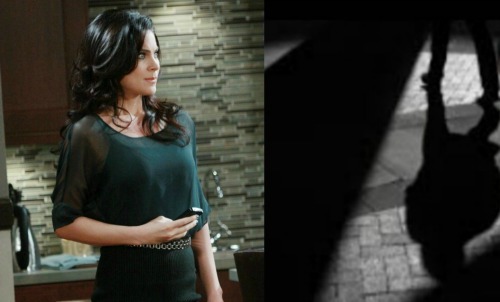 Someone will follow Chloe back home, so that’s sure to bring some tricky situations. It looks like Chloe’s secret admirer will be a new character named Leo (Greg Rikaart), but he’ll lurk in the shadows for a while. Days of Our Lives spoilers suggest that Leo’s set to debut during the week of March 26-30.

Elsewhere, Sonny (Freddie Smith) will have a heated run-in with Will (Chandler Massey) and Paul (Christopher Sean). He dumped one ex for another, but ended up getting dumped himself. Now that Paul and Will have feelings for each other, Sonny’s anger is really out of control. When he bumps into his former flames, the tension will erupt once again. 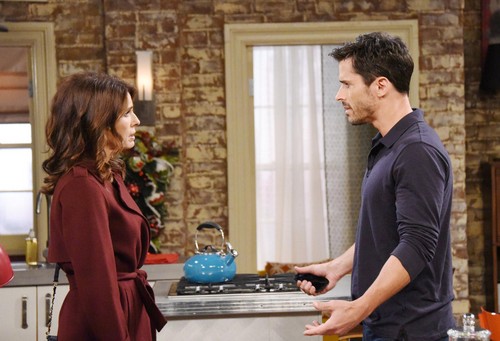 Sonny will even give Paul a bitter warning about being with Will. He might contend that Will’s infatuation with Paul will fade. Sonny could argue that Will’s going to remember his past and when he does, Paul will end up heartbroken. Days spoilers say Paul won’t back down on his new romance. In fact, Will and Paul will heat things up over the next couple weeks.

Across town, Rafe (Galen Gering) will find himself in need of a confidant. He’ll decide to unload his problems during a visit with Kate (Lauren Koslow). Rafe’s lost without Hope (Kristian Alfonso), but he doesn’t know if he can ever earn her forgiveness. Kate’s also feeling blue thanks to Andre’s (Thaao Penghlis) death, so she’ll indulge in a pity party with Rafe on Tuesday.

It sounds like some great scenes are on the way. We’ll give you updates as other Days news comes in. Stay tuned to DOOL and don’t forget to check CDL often for the latest Days of Our Lives spoilers, updates and news.