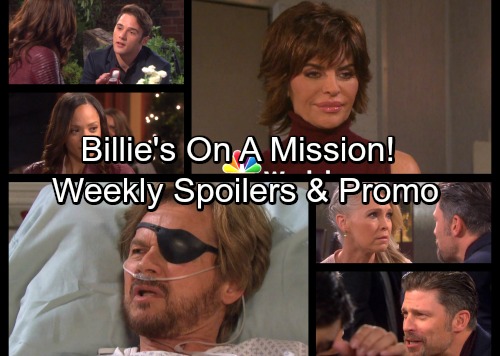 Days of Our Lives (DOOL) spoilers for the week of February 12-16 tease that love will be in the air. Valentine’s Day will bring some big surprises in Salem. For starters, JJ’s (Casey Moss) about to make a bold move. He wants to assure Lani (Sal Stowers) of his love and commitment, so he has marriage on his mind.

JJ will eventually get down on one knee and ask Lani to be his wife. He’ll offer a stunning engagement ring and promise that they can have a solid future together. All Lani has to do is say yes. Days of Our Lives spoilers state that Lani will have a huge decision to make. There’s a lot at stake since Lani’s been telling a life-changing lie. 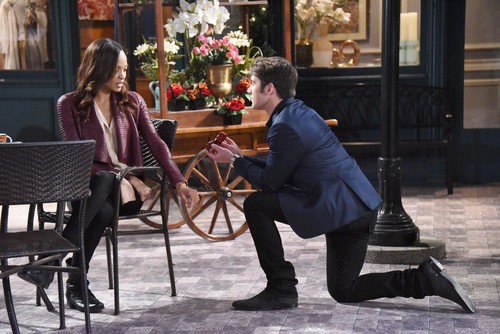 It looks like Eli’s (Lamon Archey) going to keep quiet for now, but Lani has no way of knowing how long he’ll hold out. She doesn’t want to break JJ’s heart by revealing that this isn’t his baby. Since everything’s still up in the air, Lani will have some reservations about accepting JJ’s proposal.

Nevertheless, Lani just won’t be able to turn it down. She’ll see the excitement in JJ’s eyes, so she’ll blurt out yes and take the leap. Meanwhile, Eric (Greg Vaughan) will also do something daring. Once he realizes there’s been some confusion, Eric will plan to make things right with Jennifer (Melissa Reeves). 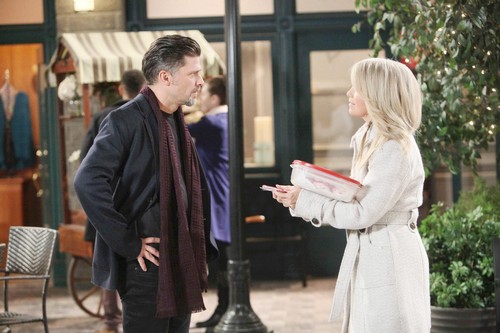 Of course, there’ll be a major problem. Jennifer will already be on a date with Henry (Andre Khabbazi) when Eric makes a play for her heart. Days spoilers say Eric will insist that Nicole (Arianne Zucker) isn’t the one he wants. He’ll hope to convince Jennifer that she’s the only woman for him.

Jennifer will initially reject Eric, but she’ll change her mind just in time for some Valentine’s Day romance. Days spoilers say they’ll try to figure out how to move forward as a couple. Across town, Steve (Stephen Nichols) will face a different kind of DOOL shocker. He’ll be taken aback when Billie (Lisa Rinna) shows up in his hospital room.

Billie has ISA business to take care of and it’ll certainly lead to some jaw-dropping moments. She’ll play an intriguing role in John’s (Drake Hogestyn) storyline. Billie will even save John’s life! We’ll give you updates as other Days of Our Lives news comes in. Stay tuned to DOOL and don’t forget to check CDL often for the latest Days of Our Lives spoilers, updates and news.