Days of Our Lives Spoilers: Week of June 25 Update – Abby Fears She’s Having Stefan’s Baby – Brady and Theresa at War Over Tate 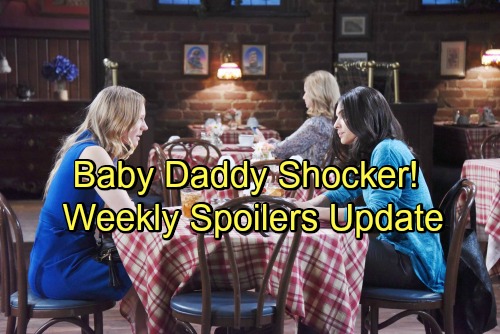 Days of Our Lives (DOOL) spoilers for the week of June 25-29 tease that we’ll see some bold moves and total breakdowns. First, let’s talk about a fierce battle. Theresa’s (Jen Lilley) seeking full custody of Tate (Colin and Kyle Schroeder) and Brady’s (Eric Martsolf) absolutely furious. He can’t believe Theresa thinks she can just blow back into town and take their child away from him.

At this point, Brady doesn’t even care about the sacrifice Theresa made. She’s become a thorn in his side, so he’s ready for war. Eve (Kassie DePaiva) will assure Brady that she’s behind him 100 percent. They’ll agree that Theresa’s not going to get away with this. 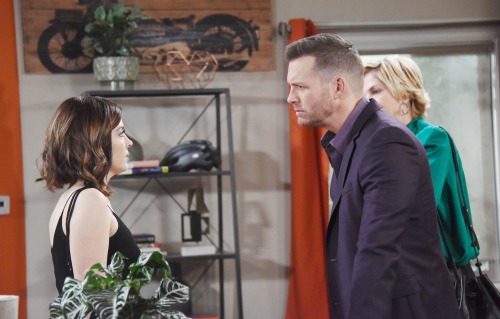 Days of Our Lives spoilers say they’ll try to talk Theresa out of her plans, but she won’t budge. Of course, Theresa would probably change her tune if Brady reunited with her! She just wants to be a family again, but Brady isn’t interested. The more stunts Theresa pulls, the worse her reunion chances get.

However, JJ (Casey Moss) will be on Theresa’s side during the mayhem. He’ll rush to her defense when Brady’s outburst gets too vile. Later, Theresa and Brady will go before a judge. At the custody hearing, each of them will make a case for full custody. The battle will continue into the week of July 2-6, so there’ll be plenty of time for witnesses and shocking blows.

Speaking of shocking blows, we’ll see one of those for Abigail (Marci Miller) this week. She’ll worry that she’s pregnant with Stefan’s (Tyler Christopher) baby, which could completely derail her marriage. Abby will want to get a paternity test before she tells Chad (Billy Flynn), but she might change her mind later. These two have kept enough secrets, so they really need to try honesty. 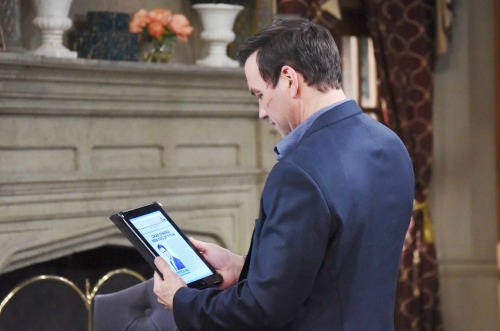 DOOL’s weekly promo shows Chad crying as he pulls Abigail close. She looks awfully concerned, so it’s possible she’ll break the pregnancy news. Then again, this might be a fantasy or some other tricky situation. Days of Our Lives is always full of surprises, so stay tuned to see how it all plays out.

It’s worth mentioning that Abigail will open up to Gabi about her dilemma. That could spell trouble when it’s paternity test time. Days fans know how bitter Gabi is right now. Switching the paternity from Chad to Stefan would be a great way to get revenge. That’s something to think about down the road.

Meanwhile, Stefan will be Gabi’s target. At the DiMera mansion, Gabi will unleash her anger like never before. She’ll roar at Stefan for his murder setup and break a glass near his head. Gabi will walk away as the leader of Gabi Chic, but that won’t be enough to appease her. You’d better believe Gabi will remain focused on vengeance.