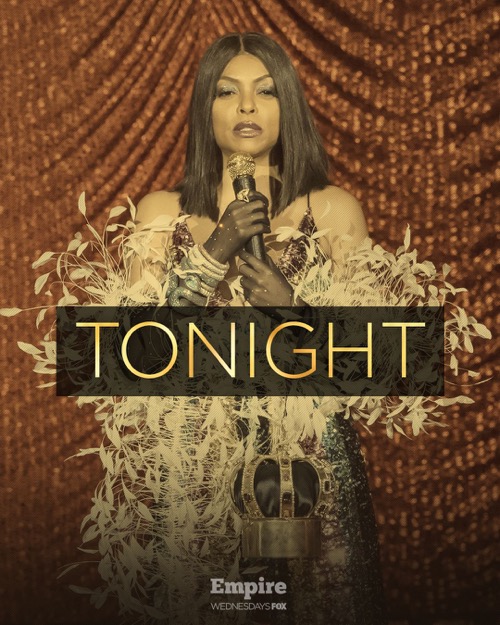 Tonight on FOX their blockbuster drama Empire airs with an all-new Wednesday, April 4, 2017, episode and we have your Empire recap below. On tonight’s Empire season 4 episode 11 called,  “Without Apology” as per the FOX synopsis, “On the brink of a lucrative tech deal, Eddie realizes that he must work on rebranding Empire. Cookie springs into action when a girl group from the past re-unites and threatens to expose secrets about Empire and Lucious. Meanwhile, Hakeem makes a major move with Tiana, Andre continues to struggle with his guilt and Becky is faced with a difficult situation”

Lucious wakes from a nightmare. He heads into the office and sees Thirsty. He wants Thirsty to get him witness statements from his incident, especially Andre’s.

Lucious meets with Cookie. They head into their office. He is happy to be back. Lucious asks her when she is going to be back in his bed. After the Claudia situation, she needs to get through a few things. Cookie gets called to see the gang performing. Hakeem, Jamal, and Tiana are on stage performing. Eddie and his ex-wife watch. She is there because she wants her money, she tells him.

Backstage, Tiana kisses Hakeem. She tells him she misses him.

In the office, Lucious and Cookie meet with Eddie and a man known as the King of Silicone Valley. Lucious and Cookie are looking to sell the tech guru their XStream music service. He is hesitant until Cookie takes control of the meeting and wins him over.

Jamal brings Andre home from the hospital. He looks around his apartment. He tells Jamal that this was the last place he saw Pamela, she was so real.

In a meeting, Eddie tells Lucious and Cookie there can be no drama or It will destroy the XStream deal. Porsha comes in. She has some bad news. A former girls group signed by Empire a long ago is talking about Lucious and Cookie and all of their scandalous trouble. Cookie tells everyone she will take care of it.

Cookie, Porsha, and Becky arrive at the mall. The trio is singing. After they finish performing, Cookie makes her way to the ladies. She offers them a reunion tour contract as long as they get rid of their interview before it airs. In return, they want an apology from Lucious.

Eddie sits down and talks to Jamal about his album. He thinks he needs to tread carefully so that they don’t lose the XStream deal. Eddie thinks it is best for Empire.

Lucious meets with the trio at Empire. He brings gifts. The ladies aren’t very accepting. They want an apology. They kept the lights on at Empire back in the day when Cookie was in jail. They also remember keeping him company when he was lonely. Lucious tells them since his accident he doesn’t remember anything. They laugh on their way out the door. He has another deal with another label.

Cookie is beside herself when Lucious tells her the trio left the studio. But don’t worry he is going to show her how to get the deal done the Empire old-fashion way.

Becky comes into the studio and seems Jamal at the piano. He apologizes, she can come back. He tells her to stay. He tells her he feels radioactive lately. She tells him she is pregnant. He cannot believe it. She cries while they talk. He hugs her.

Eddie and Tiana are in the studio listening to her new tracks. He needs her to eat and sleep music.

Cookie and Lucious bring the trio back in. They hand them a contract. They have no choice but to do the reunion album for Empire. They are also forced to apologize to Cookie.

Andre is sitting in church alone. The father comes to see him. They talk. Andre doesn’t feel like he deserves to be whole again even if he confesses his sins.

The trio take the stage, performing for Empire. Backstage, Andre sees Shyne. Shyne cannot believe they let him out of the nut house. He wants to know their deal still stands. Meanwhile, Hakeem proposes to Tiana. She is happy but she is unsure. She needs to focus on her music.

Becky’s boyfriend comes to see her. He is happy to see her and full of love. She breaks up with him.

At dinner, Eddie and his ex meet with the tech guru. He is glad their deal is running smoothly. He wants to know when they are going to tell the Lyons he is buying Empire.

Cookie and Lucious are hosting a dinner for all of their boys. They remind Andre when the time is right they plan on putting his name on Empire. He doesn’t say much. Neither does Jamal and Hakeem who are upset about being benched and rejected. Andre asks to talk to Lucious. In the library, he admits to Lucious that he was behind the car bomb. He takes out a gun and hands it to Lucious who beats him with it. The others come rushing in.