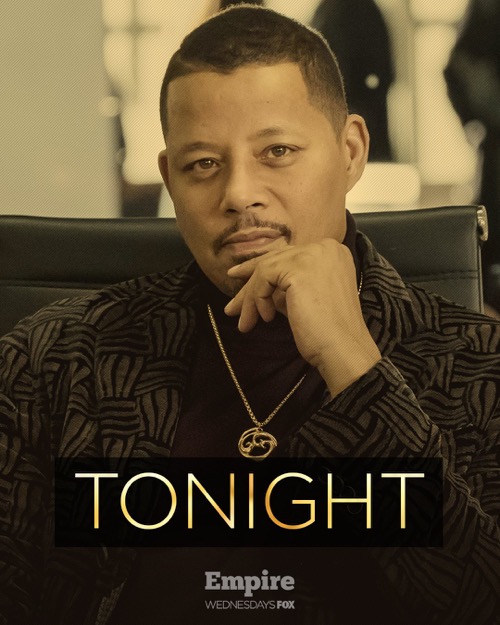 Tonight on FOX their blockbuster drama Empire airs with an all-new Wednesday, May 16, 2017, episode and we have your Empire recap below. On tonight’s Empire season 4 episode 17 called,  “Bloody Noses and Crack’d Crowns” as per the FOX synopsis, “Cookie and Lucious fight to keep Empire in the family, as they prepare a live stream concert to crowdfund the amount needed to trump Eddie’s plans. Meanwhile, the success of Jamal’s new anonymous group climbs, Hakeem brings Haven to the showcase to make Tiana jealous, and Andre is put to the test and must decide between the family or his career.”

The board welcomed back Eddie by reinstalling him as the Executive Consultant on tonight’s all-new episode of “Empire”.

The board had believed Eddie was the only one that could turn around the company following this latest scandal. A scandal that laid on the Lyons. The Lyons were the ones that were supposed to get 20 for 20 up and running, but the first night was ruined when one of their up and coming rappers was revealed to have white supremacist ties. Blake had taken a picture with his father in which they had the Confederate flag in the background and were signaling Hitler. The picture had been horrible and it had destroyed whatever chances Blake had at Empire because the Lyons weren’t ones to forgive even if Blake had been telling the truth when he said his father forced him to take that photo back he was a kid.

Nothing mattered when compared to the fact that Blake had embarrassed the company. He had managed to turn away what little support the Lyons had from their artists and so Tiana wasn’t the only one to side with Eddie. Eddie was the constant professional. He promoted the artists and ensured they were getting the best press they could be, so of course, they chose him. They were each concerned about their careers and felt their tenuous careers (especially in the entertainment business) were safe with Eddie. Eddie had even “fixed” things at the event and it wasn’t shocking that he had won over everyone with that little stunt. Everyone wanted to believe he was a hero that only the Lyons saw him for what he was – an opportunist.

They had been threatened by Eddie with Kelly Patel. Patel wanted to buy the company and the family wanted to him however it had been Cookie that came up with an idea. She reminded Lucious that in the beginning, it had been just the two of them. There hadn’t been anyone else that could dictate what they could or should do and so she proposed they buy back the company from the board. The board would continue to believe in Eddie if they didn’t buy back the power and so eventually Lucious agreed with the plan. He reached out to friends that could help front the money and unfortunately what they were doing got back to Eddie. Eddie approached the main guy they were talking and had advised to back down because he wouldn’t want to go against Patel.

Patel was well-known in business circles and a lot of potential investors refused to engage with him in a money fight, but the family found a few people they could rely on. They had friends willing to front them the money and that had worked until suddenly Patel began buying up stock at a premium. He was driving up the prices because he knew the Lyons would never be able to reach their goal if he did and he had been right. They hadn’t been able to keep up and so they tried sending in a spy. They had Andre approach Eddie. The oldest son was supposed to say and do whatever he needed to gain Eddie’s trust because he was the one that was going to find out how high Patel was going to go in the buyout.

Andre went to Eddie and he pretended like he was still having problems with his parents because they didn’t understand how valuable he was. Andre more or less told Eddie everything Eddie had once told him and so Eddie decided to test Andre. Andre later had a press conference with both Eddie and Patel and he claimed in front of the media that his parents weren’t good enough for Empire. Empire seemingly needed better leadership that could only be supplied by the two men at his side and so he made a compelling case for the enemy. It had also been annoying to his family despite doing its job. Andre found out that Patel was willing to throw six hundred seventy-five million dollars at Empire.

The news had been a little disheartening. Lucious hadn’t been sure how they were going to come up with the money and again it had been Cookie that found a solution to their problems. She reminded Lucious of what happens whenever someone on their block lost power. It seems they would throw a rent party in which everyone came together to raise the money and so that’s what they were going to do here. They were going to bring together the biggest artists and they all asked someone for a favor. Lucious asked Jamal to sing with Anonymous at the event and Jamal refused to do it at first because he said his band wasn’t supposed to be used. It was about the music and only the music.

Jamal didn’t change his mind until his parents needed something big to help and didn’t have another idea. They had seen a video of Blake denouncing his own father and had him perform at the event though Hakeem also had the actress Haven onstage with him and the two had had great chemistry. They had been seeing each other while they were both on the outs with the one they truly wanted to be with and so it was fun while it lasted – only that hadn’t been enough to raise the necessary funds. They had need Jamal and thankfully Jamal, as well as Andre, had come together to help the Lyons raise enough funds to buy back Empire.

Andre had gotten found out by Eddie and Patel, so he had shut down XStream (which they thought was for them) for fifteen minutes and when it came back it had somehow gotten around the paywall. So Eddie and Patel both been upset when Andre betrayed them and made sure his family won. They thought that was it and Patel had been prepared to write off Eddie – except Eddie had one more gamble. He had somehow gotten his hands on Lucious’s ascot that he threw on Shyne’s dead body and told Lucious he’ll hand it over to the police if Lucious didn’t back away from the company. And so Lucious has to consider his remaining choices.