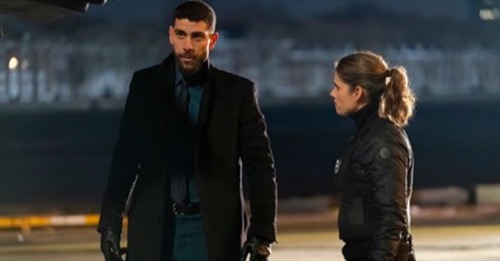 Tonight on CBS FBI premieres with an all-new Tuesday, December 11, 2018, season 1 episode 10 Fall Finale called, “The Armorer’s Faith,” and we have your FBI recap below. On tonight’s FBI episode as per the CBS synopsis, “When an illegal arms broker-turned-informant is assassinated, OA assumes his identity and goes undercover to stop the sale of dangerous weapons, with help from Maggie and their former FBI instructor, Rowan Quinn.”

The team gets called in to assist SIU with an undercover sting. One of the leads is Maggie’s old teacher who helped flip a black market arms dealer who was killed yesterday. Now they have little time to get to their target, Martin Vickers. OA looks like the dead arms dealer. Dana is against it. But OA wants in and Jubal thinks OA can do it. Dana approves.

They have 24 hours. Maggie starts working with OA on Vickers and helping him memorize details. Maggie’s teacher gets mad that OA is making mistakes about details.

Maggie’s teacher and OA head to a nearby hotel to meet with Vickers. Maggie and Kristen watch nearby. When the two enter the hotel room, their cameras cut out. It looks like Vicker’s has jammed their signal. Inside, they meet Vickers’ daughter. Vickers isn’t there. OA manages to get through a few questions. The daughter feels safe and wants to bring OA to the arms but not his partner, Maggie’s teacher who is posing as a Mr. Faulk.

OA drives with her for a bit while she talks. She finally decides she will sell to him. She hands him a burner phone and drops him off on the side of the street. She will call tomorrow.

Maggie and OA talk about her teacher Quinn. OA finally shares that Quinn was his teacher too at Quantico. He told OA to quite over and over.

Later, OA confronts Quinn while they wait for the call. Quinn tells him he picked on him because he had the most potential.

Maggie poses as a hotel staffer and goes to the Vicker’s floor. She pretends to talk to them about an electrical problem and clones her phone to Vickers daughters.

OA and Quinn get picked up moments later by Vickers and his daughter. They take off and drive fast. Vickers tells them that he thinks the FBI is tailing them. They arrive at their site. In the meantime, Kristen watches the daughter’s phone and realizes she is working to undercut her father. Maggie heads there with their team.

OA and Quinn tell the father and the daughter they have the money and plan to buy but before they can close the deal the daughter has her father taken out by a sniper. She tries to run. Gunfire erupts. OA and Quinn run for cover. Quinn gets shot in the thigh. Maggie and the SWAT come in. They grab the daughter and the men who are still alive.

Back at the office, Maggie tells OA she is proud of him. OA visits Quinn in the hospital. Quinn apologizes for what he did to him. He asks OA to go back to Quantico to talk to students like himself. He accepts.