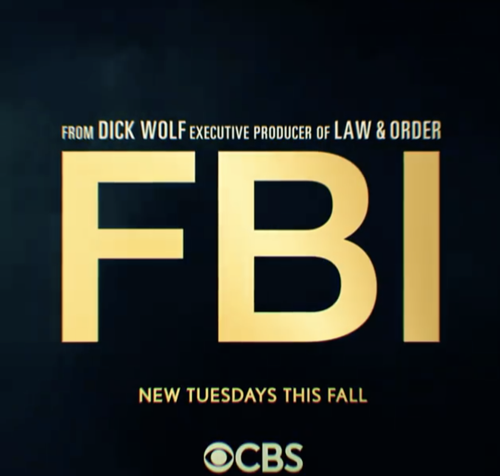 Tonight on CBS FBI premieres with an all-new Tuesday, September 25, 2018, season 1 episode 1 series premiere called, “pilot,” and we have your FBI recap below. On tonight’s FBI episode as per the CBS synopsis, “In the premiere, a bomb explosion devastates a residential apartment building, and special agents Maggie Bell and Omar Adom “OA” Zidan of the New York office of the Federal Bureau of Investigation investigate a possible war between rival gangs—that is, until their prime suspects are discovered brutally murdered.”

Make sure to bookmark this spot and come back from 8 PM – 9 PM ET for our FBI recap. While you wait for our recap check out all our NCIS New Orleans news, spoilers, recaps & more, right here!

A teen boy is watching his little brother when he sees a female classmate on the street outside his home. His little brother heads in while they talk. The building explodes. The FBI shows up. Agent Maggie Bell demands the fire department get everyone out. A mother looking for her sons comes running up hysterical. They try to comfort her and stop her from coming in when another explosion blows them back. The building crumbles from the top down.

Bell and OA update their boss. They speak with the residents and neighbors. They catch a lead on a drug dealer that lived in the building. Bell and OA climb through the rumble. A worker has found a body and a cell phone melted into the vic’s leg.

Back at headquarters, they have their eye on a Blood gang member by the name of Felton. Bell and OA bring the cell phone in. Bell excuses herself to go clean up. She pauses to look at a picture of a man in her desk. They get data back on the phone. They start to build their case. Wayne Clinton is a new suspect. He might have bombed Felton’s building to try and rise up the ranks of the gang.

Bell and OA get word on Wayne’s whereabouts. They stake out the entrance of a club. Wayne comes out of the club and goes to get in his car. Bell and OA head his way. His car blows up.

Back at the office, Bell updates the team. This might be a war between two gangs. They head to a local recreational center where explosives have been discovered. They look to be something MS-13 would use. They pick up on a repairman named Wilmur that works there that is from El Salvador. They bring him in. While he waits in the interrogation room they receive footage of the repairman taking a duffle bag from someone suspicious. Bell threatens him and his family. He gives up a name. The SWAT team rushes a building for a man named Bernardo. He isn’t there. They head to the local prison to meet an MS-13 member. When they arrive he is already dead. His heart was taken out of his body and he was left for dead.

Back at the office, the whole team watches the video footage and starts over. They cannot find Bernardo. Their next move is to tell the public so they can find this guy. Tips pour in. They hope he doesn’t do anything crazy. Bell and OA go on the stakeout. Bell can’t stop thinking about the young boy who died. They see a kid on the street that is dressed like Wilmur. The kid makes a run for it. Bell and OA break into a nearby building. Bernardo is in there. They take him in after seeing him and his bomb lab. He is working with someone. He won’t give the person up.

After examining the bombs they catch a lead and head to meet a white nationalist politician named Lawrence. He is linked to several past bombings. They go to meet him but he manages to weasel his way around their questions.

Back at the office, Bell and OA start to think about Lawrence, check his bank statements and start to piece together that he is paying MS-13 and other gangs to carry out a war. They catch another lead, circling back to the director the recreational center. He used to be in the military and he is connected to Lawrence. He also has the skills to build bombs. They bring him in and he asks for immunity if he tells them everything. They get interrupted. Their boss has something solid on Lawrence and they need to move on it now.

Bell tells OA her husband was killed by a man who mowed down people on the sidewalk on Halloween. He offers her any help she might need. They head out to a local diner owned by the recreational center’s mother. They have a search warrant. They find an empty grenade box in the cellar. Lawrence has one more bomb. They find out that the next bomb is scheduled to go off soon after interrogating the Rec. center director.
Bell thinks he is going to hit a local summit taking place. They evacuate the building. There is panic and chaos. One of the agents finds a bag of bombs while Lawrence speaks to OA and Bell. He asks for his lawyer. They let him make a call. Their agent picks up. He is disappointed. He was making the call to have the bombs set off. They take him in.

OA gives Bell a ride to the funeral of the young boy who died.