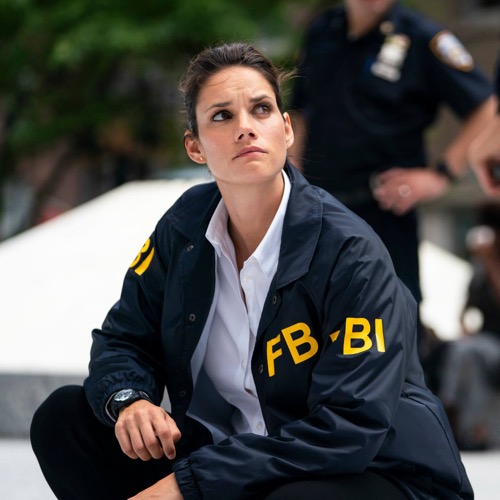 Tonight on CBS FBI premieres with an all-new Tuesday, October 16, 2018, season 1 episode 4 called, “Crossfire,” and we have your FBI recap below. On tonight’s FBI episode as per the CBS synopsis, “Special Agents Maggie Bell and OA Zidan rush to track down an active sniper with an elusive motive as the body count continues to rise.”

A man is walking on the street. A shot from somewhere takes him out as he talks on his phone. The shooter takes out two more people. The crowd screams and runs. Bell and Omar show up. All three vics were shot in the head. They determine where the shooter shot from. Omar thinks it’s a SEAL or military.

Back at the office, Dana, Jubal and Kristen talk over the shooting. Dana thinks this person wanted to make a spectacle. Bell and Omar learn more about the ammunition used. They meet with one of the victims wives. She describes her husband as a workaholic, an assistant to the US Attorney, who was just about to start a teaching job. He would have more time at home. She questions if they see her as a suspect. Bell gets a call. There has been another shooting.

They arrive in a residential area. A man was shot. He shot back and the shooter disappeared. He saw a black SUV leave the scene. They head back to the office to get more information. Bell thinks the shooter is picking the places and there is a connection not the victims. Kristen gives them a lead on a man named Cole who bought a lot of the ammo used in this case. He was previously in the military. They discover something else through video footage – they have 2 shooters.

They see footage of Cole coming home to see Emily, his girlfriend. After some digging, they realize where he lives. They talk to his landlord who explains Emily died from cancer. Cole was in bad shape after. He was evicted. He lost his job. They meet with Emily’s parents who confirm that Cole lost it after Emily. They get a call that Cole has been spotted.

They arrive at the scene where Cole has shot another victim. This time a cop. They see a kid leave Cole’s vehicle. They search for the kid. They get a call that he may be hiding in an RV on someone’s property. They call in SWAT.

They take him out of the RV and bring him in to the station. His name is Kofi. He is an illegal immigrant who Cole took care of. He was living behind a church. Cole brought him food. Omar recites something about truth from the Koran. Kofi gets mad. They leverage his love for Cole but telling him they just want to keep Cole safe. After some talking, they think Cole could be at a church.

They head to his church and stake out the area on the ready. Maggie goes in and tries to negotiate. She tries her best but when he continues to get hostile and a civilian is on the street, they take out Cole. Bell is sad.

At the office, Dana tells Bell she did a good job. Bell doesn’t think so. Bell visits the wife of the assistant US Attorney. She comforts her and tells her she will get through this.

Omar talks to Kofi about his own dad and the constant praying he was forced to do. Omar breaks the news that Cole is dead. Kofi cries. Omar promises to be there for him for the sentencing hearing.