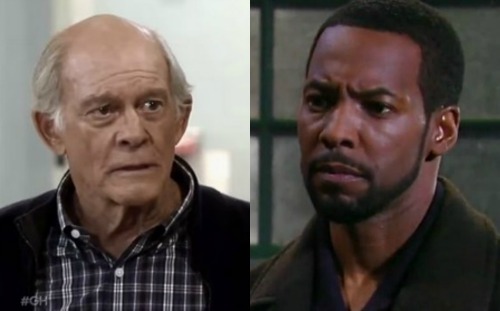 General Hospital (GH) spoilers reveal that Andre’s (Anthony Montgomery) return may have come in the nick of time. After Andre’s release from prison, he explained that the WSB is reviving the memory mapping project. GH fans will recall that Andre had good intentions when he first researched the topic. His wife had early onset Alzheimer’s and he was desperate to prevent her fate.

Unfortunately, Andre couldn’t figure everything out in time to save her. The science just wasn’t there yet, but Andre made progress by using Jason (Steve Burton) and Drew (Billy Miller) as guinea pigs. The memory mapping process still hasn’t been perfected, but Andre’s a whole lot closer to helping those in need. In fact, there’s already someone in Port Charles who could use Andre’s assistance. 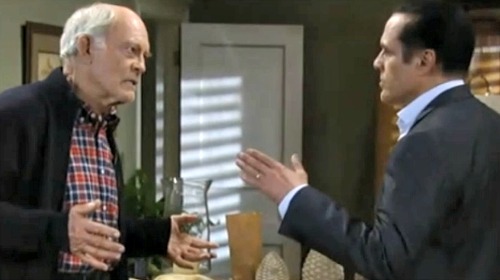 General Hospital viewers know that Mike (Max Gail) was recently diagnosed with Alzheimer’s. The timing of all this is a bit suspicious. Mike got updates on his condition and the next day, a free Andre was back to say the program had been reinstated. Will GH let Andre come to Mike’s rescue?

Sonny’s (Maurice Benard) feeling pretty guilty at the moment. He thinks he should’ve been checking on Mike instead of turning his back on him. Jason will undoubtedly want to ease Sonny’s pain. Perhaps he’ll eventually remember the memory mapping study and propose the using it to help Mike. 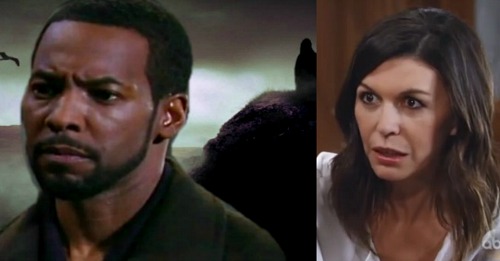 Andre might be on board with that idea. If he stopped Mike’s painful decline, it could feel like a second chance to do some good in the world. Andre couldn’t stop his wife from losing her memories, but maybe he can help Mike keep most of his.

Of course, no one’s sure when Mike’s mind started going downhill. He’s definitely exhibiting serious symptoms right now, so things are progressing quickly. If Andre’s going to pitch in, he needs to do it as soon as possible. Even then, there are no guarantees. The memory mapping procedure isn’t fool-proof, so there are still some issues to be sorted out. Nevertheless, it’d at least be worth a shot.

The downside might be complaints from GH fans. This would make an interesting story development, but it would also cheapen the Alzheimer’s part of this plot. It would diminish what so many families have to go through with their loved ones. Plenty of General Hospital viewers would probably be opposed to a magic cure which of course doesn’t exist in the real world.

However, the show might get around that by having the plan fail. It could even serve as a hint about looming problems for Drew. Some unanticipated side effects could make him question whether he even wants a procedure to restore his memories. It may be awfully risky.