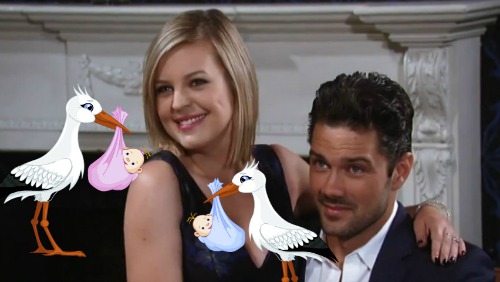 General Hospital (GH) spoilers tease that Maxie’s (Kirsten Storms) in for a shock during her next appointment with Kim (Tamara Braun). At GH, Maxie will arrive for her ultrasound. When Dr. Kim seems surprised be something she discovers, Maxie will naturally grow concerned. She’ll be worried that her baby’s health is at risk.

However, there could be a more uplifting explanation. What if Kim finds two heartbeats? General Hospital might want to give Maxie twins to add an extra layer of drama. She’s already been overwhelmed by the thought of raising this baby from the newborn stage. Adding another one to the mix would really leave Maxie fearful. 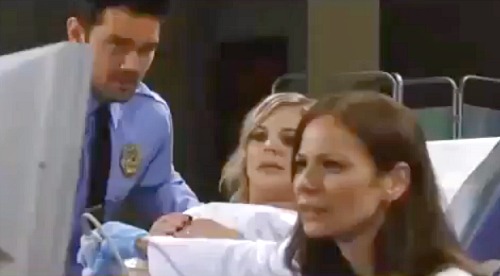 Of course, Nathan (Ryan Paevey) would reassure his lovely wife. He could promise Maxie that he’s going to be right there with her every step of the way. Nathan may vow to be a very hands-on dad and help Maxie be great mom as well. He would undoubtedly be on cloud nine over twins. It’d be great if they could have a boy and a girl.

Sadly, Nathan won’t be around to fulfill any promises. Maxie may have to do double diaper duty by herself. General Hospital spoilers state that Nathan will be killed off down the road. He probably won’t be truly dead, but Maxie and the rest of Port Charles will believe he is. That’s sure to be a crushing blow, especially since Maxie’s expecting. 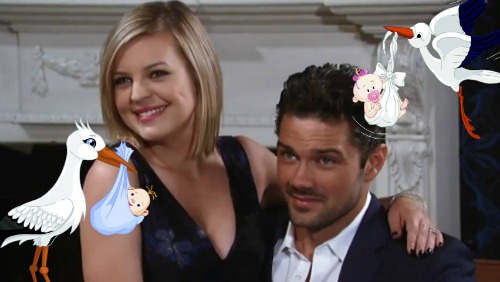 If Maxie’s pregnant with twins, that’ll make her devastation even worse. That’s two kids to raise alone. Maxie will hate the idea of bringing her little ones into the world without a father. All of this should be quite overwhelming. GH fans will definitely see Maxie face some serious grief in the months ahead.

On the bright side, at least Maxie can cling to what Nathan leaves behind. Whether she has one child by her side or two, that’s something to celebrate. Perhaps Nathan can return one day and become a family with them.

Do you hope Maxie will have twins? Are you bummed Nathan’s leaving the General Hospital? We’ll give you updates as other GH news comes in. Stay tuned to the ABC soap and don’t forget to check CDL often for the latest General Hospital spoilers, updates and news.