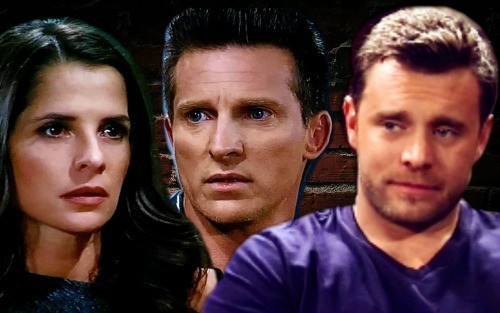 General Hospital (GH) spoilers tease that Drew (Billy Miller) will make a big decision about his future. After spending a little more time with Kim (Tamara Braun) and Oscar (Garren Stitt), Drew will realize he needs to move forward with his memory mission. He’ll hope he can track down all the info and finally recall his true past.

GH fans can expect this to be a long and difficult process, but Drew will feel like his goal’s worth fighting for. Now that he’s getting a divorce from Sam (Kelly Monaco), it’s the perfect time to explore a new chapter. Moving forward means looking back in this case. If Drew can find out who he used to be, he’ll help him understand who he is in the present and will be in the future.

General Hospital spoilers say Drew will definitely need some assistance. This isn’t something he can tackle alone. Fortunately, Andre (Anthony Montgomery) will may be able to help out here. He’ll hope to make things right since he’s partially to blame for Drew’s suffering.

Drew will inevitably find his memories and undergo the procedure required to restore them. That move will come with all sorts of risks. Anytime you’re dealing with someone’s brain, it’s not a good idea to start messing around.

However, it looks like Drew will decide to go for it anyway. He may believe this will ease his pain over losing Sam. Drew still recalls all those old “JaSam” memories as if they were his own. That history isn’t really his, so he’d like to have some Drew memories he can actually trust and enjoy.

Of course, that doesn’t mean Drew wants to forget everything. He built a life with Sam and the kids when he was living as Jason. Drew believed he was his twin, but that doesn’t change the fact that he loves his family. Andre may warn about the loss Drew could experience if this plan goes awry.

We’ll see some risky business, but the benefits could be huge down the road. General Hospital spoilers say a new bond will form between Drew and Sam. They’ll be able to connect in a surprising way, so it sounds like Sam will get to know the real him. She’ll learn who he is as Drew instead of Jason.

Will they build the foundation for a proper “Dream” reunion? Could this lead to a new beginning for Sam and Drew? Will Jason end up with a broken heart? We’ll give you updates as other GH news comes in. Stay tuned to the ABC soap and don’t forget to check CDL often for the latest General Hospital spoilers, updates and news.