BY Amanda Austin on May 3, 2018 | Comments: 3 comments
Related : All My Children, General Hospital, Soap Opera, Spoiler, Television, The Young and the Restless 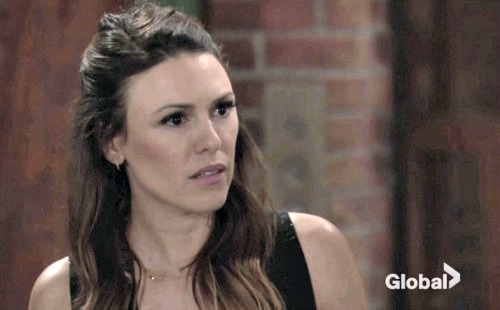 General Hospital spoilers tease that Elizabeth Hendrickson has officially joined the ABC soap opera in a hot new mystery role. Elizabeth Hendrickson is well known among soap fans for her role as Chloe Mitchell on CBS’ The Young and the Restless and she formerly played Frankie Stone on AMC. Chloe made a few appearances in Genoa City over the couple of few years, but has been off contract for quite a while.

In an interesting twist, General Hospital scooped up another one of CBS’ hot actresses, and according to SOD Hendrickson will begin filming at GH this week! It’s unclear what brings Elizabeth Hendrickson to Port Charles, but she will be playing an entirely new character – GH buzz is that this new role for the super talented Hendrickson will be related to Drew’s past. Soap fans can never forget the amazing chemistry that Billy Miller (Billy Abbott) and Hendrickson (Chloe) shared on camera on The Young and the Restless. 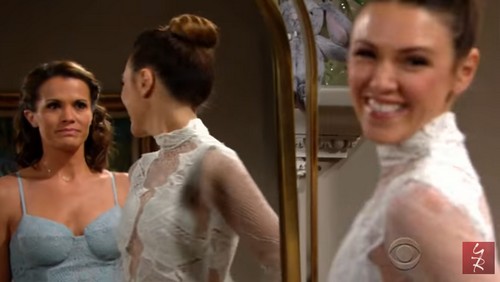 Regardless of what brings Elizabeth Hendrickson to General Hospital, we know that she will make an awesome new addition to the cast. No one plays crazy and driven as well as The Young and the Restless alum does. And, there are certainly quite a few General Hospital hunks wandering around Port Charles in need of a hot new love interest, most notably Drew! 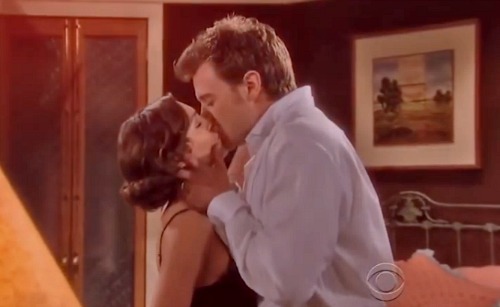 May Sweeps is right around the corner and that means that the drama will really be heating up in Port Charles. It will be a perfect time for Elizabeth Hendrickson to appear on the scene if TPTB can work that out – if not then GH fans can expect to see Hendrickson’s debut in early to mid June.

What do you think Elizabeth Hendrickson’s character will be doing on the ABC soap? Are you excited that GH managed to hire one of the most talented soap actresses? Let us know in the comments below and don’t forget to check CDL for more General Hospital spoilers and news right here!