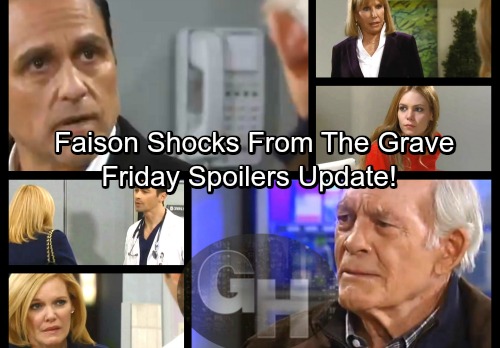 General Hospital (GH) spoilers for Friday, February 16, tease that word will spread about Faison’s (Anders Hove) will. Diane (Carolyn Hennesy) just told Anna (Finola Hughes) she was named as a beneficiary, but there are other people involved in this storyline. Jason (Steve Burton) and Drew (Billy Miller) will also learn that Faison left something behind for them.

It looks like Jason won’t want to attend the will reading. That’s understandable after all the drama Faison brought to Jason’s life. He never even wants to hear that name again. However, Carly (Laura Wright) will give Jason some valuable advice. She’ll contend that if there’s still a threat, Jason needs to know what he’s dealing with.

Drew will want to hear what he’s up against, too. General Hospital spoilers say what Faison bequeaths the brothers will spark pandemonium soon. Meanwhile, Kiki (Haley Erin) will deal with a hangover and embarrassment. Valentine’s Day did NOT go well for her!

Fortunately, Kiki will have a great attitude once she makes it to work. At GH, Kiki will find Dr. Bensch (James DePaiva) and let him know she’s committed to her career. She’ll get a little more guidance and try to forget about her holiday disaster. 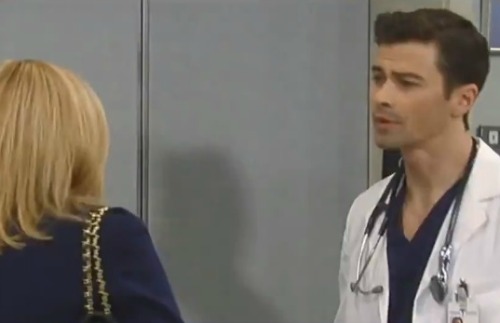 Nearby, it appears Ava (Maura West) will give Griffin (Matt Cohen) the cold shoulder. Ava suggested she was willing to move past their latest Kiki feud, but maybe she’s not quite ready to let go. Griffin will sense that there’s still some tension between them, so let’s hope they can work through their issues.

Other General Hospital spoilers say Sonny (Maurice Benard) will be there for an uneasy Mike (Max Gail). It’s clear that Mike has some dementia symptoms, so it’s time for some testing. Sonny will promise that this won’t take long. He’ll add Mike that he’s going to be in good hands.

Griffin will be taking the lead on this case – at least for now. Once he examines Mike, it’s possible that Griffin will refer him to a specialist. Regardless, Sonny will vow to make sure Mike gets the very best care. 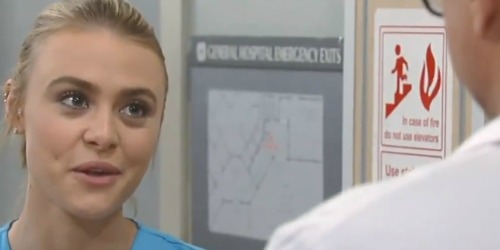 Across town, Monica (Leslie Charleson) will show up at the gallery. After she startles Nelle (Chloe Lanier), she’ll hope she’s not interrupting anything. Nelle will seem a bit nervous, so maybe she’ll nearly get caught messing with Carly. Luckily, Nelle will manage to cover her blunder.

Monica and Nelle have been bonding lately, so Nelle obviously wants that trend to continue. She needs as many allies as she can get, especially allies who are close to Michael (Chad Duell). We’ll give you updates as other GH news comes in. Stick with the ABC soap and don’t forget to check CDL often for the latest General Hospital spoilers, updates and news.