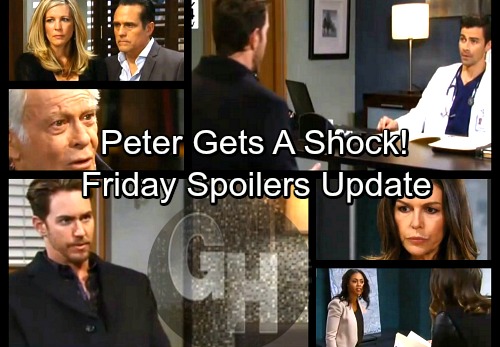 General Hospital (GH) spoilers for Friday, March 16, tease that Sam (Kelly Monaco) will feel like Franco’s (Roger Howarth) responsible for Drew’s (Billy Miller) disappearance. When she meets up with Liz (Rebecca Herbst) at GH, Sam will voice her complaints. She’ll gripe about Franco’s rotten nature and deliver a fierce threat. Sam will vow to destroy Franco herself if he did anything to her husband.

Fortunately, Drew and Franco are on the same side. They both want to get out of the dark basement they’re trapped in. At least their surroundings could help spark a few memories. It looks like Franco will remember the whole staircase story soon, so that’s good news. 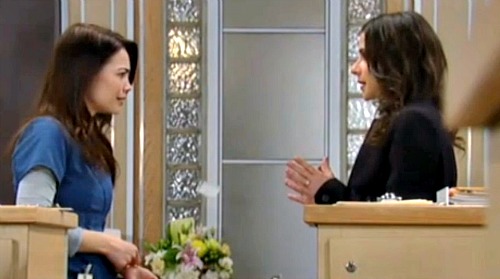 In the meantime, Sam and Liz will work on a plan. They’ll put all their animosity on hold and concentrate on the rescue mission. In Kim’s (Tamara Braun) office, Maxie (Kirsten Storms) will arrive for updates. She’ll be ready to learn if her baby has Huntington’s disease, but she’ll definitely battle some anxiety.

Thankfully, it appears Maxie will walk out with a smile on her face. Her child is likely in perfect health. General Hospital spoilers say Nina (Michelle Stafford) and Maxie will bond over some positivity on Friday. Things have been dark since Nathan (Ryan Paevey) died, so this will provide some light at the end of the tunnel. 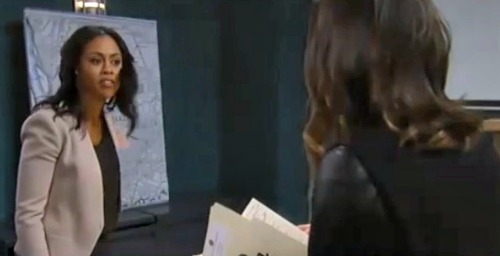 Elsewhere, Peter (Wes Ramsey) will get his test results from Griffin (Matt Cohen). Since Maxie’s kid seems to be OK, could GH show another outcome for Peter? Sometimes soaps do that for maximum drama, so be sure to stay tuned.

Regardless, Griffin will seek more info from his patient. Anna (Finola Hughes) mentioned the same diagnosis for Faison (Anders Hove), so Griffin obviously suspects a connection now. He may not be able to confirm anything, but the evidence will continue to pile up.

At the police station, Anna will pop in for a conversation with Jordan (Vinessa Antoine). She’ll be surprised when Jordan shuts her down and insists she’s too busy to talk. Anna knows she can count on Andre (Anthony Montgomery) to listen, so she’ll meet up with him to vent. She’ll be feeling frustrated over Valentin’s (James Patrick Stuart) deception and her lack of progress on the Heinrik search. 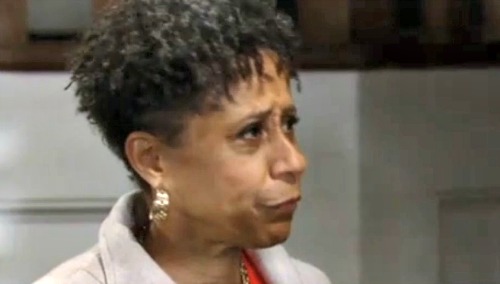 Other General Hospital spoilers say Stella (Vernee Watson) will stop by to see Sonny (Maurice Benard) and Carly (Laura Wright). Mike’s (Max Gail) mind is fading fast, so they want him to nail down some details while he still can. Stella will offer reassurance about this process. She’ll want to do everything she can to prepare Mike for what’s coming.

Sadly, another outburst is on the way. General Hospital spoilers state that Mike will crumble over Sonny and Carly’s request. He’s certainly feeling overwhelmed by all the changes right now. Mike’s losing his independence and trying to come to terms with his fate. He’ll need more love and encouragement as he faces the inevitable.