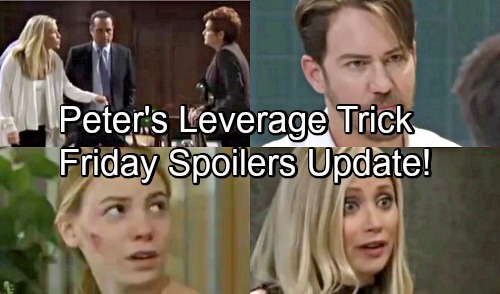 General Hospital (GH) spoilers for Friday, May 25, tease that Carly (Laura Wright) will disagree with Diane’s (Carolyn Hennesy) tactic. In the courtroom, Diane will want Carly to plead guilty by reason of insanity. Naturally, Carly will object to that idea. She’ll insist it’s not happening, but Diane will remind Carly of what’s at stake. If this case goes south, Diane suspects Carly could get 25 years in prison.

Carly really needs to start listening to her lawyer! Diane knows what she’s doing and she’s only trying to help. General Hospital spoilers say Sonny (Maurice Benard) and Diane will ultimately get through to Carly. She’ll move forward with an insanity plea, but she’ll fume every through every minute of this mess 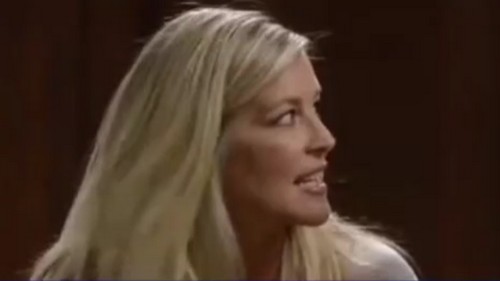 Meanwhile, Nelle (Chloe Lanier) will ask what the latest news is. She’ll feign concern for Carly in hopes of scoring more points with Michael (Chad Duell). Over with Nina (Michelle Stafford), she’ll unleash all her rage. Valentin’s (James Patrick Stuart) attempt to apologize will immediately be shut down. Nina will shout that she’s done, so she might get a divorce in motion soon.

Valentin will hold out hope for a future with Nina, but he’ll have his work cut out for him. He’ll continue to fret about his broken family. Nina will meet up with Lulu (Emme Rylan) on Friday as well. They’ll go over everything they know so far and express disgust over Peter’s (Wes Ramsey) actions. 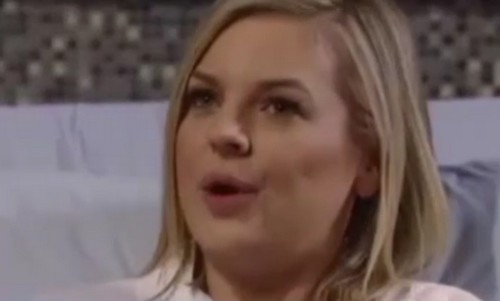 Lulu will eventually head over to GH. She’ll convince Maxie (Kirsten Storms) to see her, so she’ll have a chance to say she’s sorry. Lulu will assure Maxie that she had no idea Peter was Heinrik. If she’d known, she would’ve warned Maxie in a heartbeat. General Hospital spoilers suggest that Maxie will go easy on Lulu. Since Maxie was also duped, she won’t hold Lulu at fault for Peter’s lies.

Mac (John J. York) and Felicia (Kristina Wagner) will pop in for a visit, too. It sounds like it’ll be a busy day in Maxie’s hospital room! She’ll give them updates on all the Peter drama and they’ll undoubtedly peek at the baby cam. Maxie’s son is a bright spot in the middle of all this mayhem. 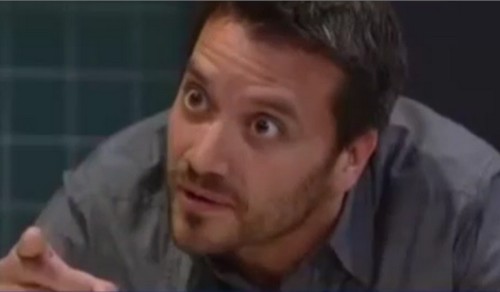 Elsewhere, Anna (Finola Hughes) will face backlash over her recent showdown. Robert (Tristan Rogers) will scold Anna for abandoning their agreement and putting herself in harm’s way. However, Anna will stand by her decision to protect Heinrik. She’ll explain that she had to be honest with Jason (Steve Burton) and fight for Peter’s life. Anna just didn’t see any other option, so she won’t regret it.

At the police station, Dante (Dominic Zamprogna) will blast Peter in the interrogation room. He’ll get riled when Peter calls Nathan (Ryan Paevey) his brother. After all the chaos that’s transpired, Dante just won’t think Peter deserves to use that term. Peter will defend himself and drop a hint about some leverage. He’ll have a trick up his sleeve, so he might be able to get off the hook.

Peter may use the flash drive to his advantage. Drew (Billy Miller) doesn’t even want it anymore, but he might change his tune if it contains a juicy secret. Peter will certainly pull out all the stops to save himself! We’ll keep you posted as other GH details emerge. Stick with the ABC soap and don’t forget to check CDL often for the latest General Hospital spoilers, updates and news.