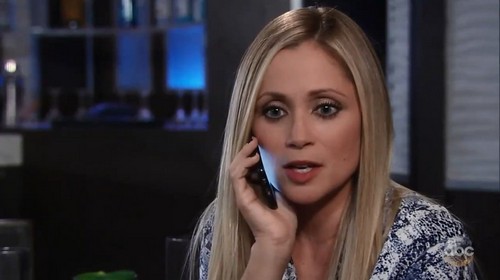 General Hospital (GH) spoilers reveal that one soap star has suffered an injury at the worst possible time. Emme Rylan plays Lulu on GH, so she’s used to her character getting caught in dangerous predicaments. Lulu managed to escape Faison’s (Anders Hove) clutches unscathed, which is pretty impressive since he was one of the show’s most ruthless villains.

Unfortunately, Rylan wasn’t as lucky during a real-life mishap. She didn’t divulge what caused her injury, but it left her with a medical boot on her foot. That news would be bad enough, but there’s another bummer. Rylan headed off on spring break this week, so she has to deal with this painful annoyance on her trip. 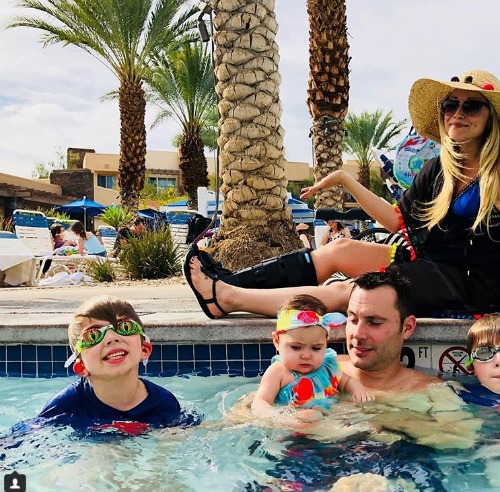 However, Rylan seems determined to have a good time with her husband and kids. In one Instagram post, Rylan sat by the side of the pool while the rest of the fam played in the water. She gave a shrug to the camera and captioned the post with “#unstoppable.”

Of course, Rylan isn’t content to sit completely on the sidelines. She also found a fun activity that she can do with her injury. Rylan posted an Instagram video that probably put a smile on the faces of many GH fans. She’s been using a scooter to help her get around, so she strapped on her baby and zoomed toward the camera.

Her little girl was sleeping, so it seems this was mostly for Rylan’s enjoyment! Still, it’s nice to see that Rylan’s foot issues aren’t hindering her getaway too much. Rylan has been forced to make a few different choices on her trip, but she’s adapting and having a blast anyway.

As for what’s next on GH, General Hospital spoilers say Lulu will continue to seek Maxie’s (Kirsten Storms) forgiveness. She recently formed a perilous plan to expose Heinrik, so things are sure to get interesting as Peter (Wes Ramsey) monitors her efforts. Lulu definitely needs to watch her back!

General Hospital viewers won’t want to miss all the fantastic shockers ahead. We’ll give you updates as other GH details come in. Stay tuned to the ABC soap and don’t forget to check CDL often for the latest General Hospital spoilers, updates and news.

Nothing can stop this joy. 💕#inlove #springbreak2018