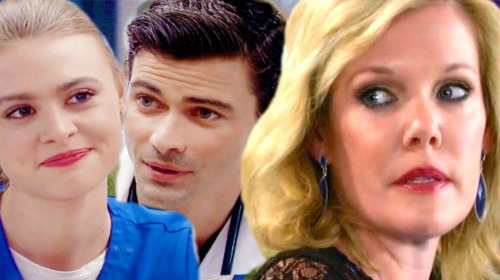 General Hospital (GH) spoilers tease that Griffin (Matt Cohen) will be keeping an eye on Kiki (Haley Erin). He was concerned when he overheard Dr. Bensch (James DePaiva) berating Kiki at GH. Griffin argued that Dr. Bensch shouldn’t be talking to Kiki or anyone else like that. He offered to have a little chat with the cruel doc and clear things up, but a panicked Kiki shot down the idea.

Now Griffin can tell something’s up. He’ll undoubtedly want to watch out for Kiki as much as he can. They have a strong friendship, so Griffin won’t stand by and let Kiki face nasty treatment. He’ll do his best to stay on top of the situation and intervene if necessary.

General Hospital spoilers say Dr. Bensch’s harsh treatment will continue, so Griffin should have more chances to witness it. The next time Griffin may be tempted to step in and lecture his colleague. He may argue that there’s no need to be so cold to a dedicated med student. Kiki has been nothing but diligent and committed, so she deserves some respect.

Besides, Kiki’s just supposed to be shadowing Dr. Bensch. She’s meant to observe and learn. Instead, Dr. Bensch expects her to chime in with the knowledge of a doctor. He’s being ridiculous and Griffin may decide to say so. 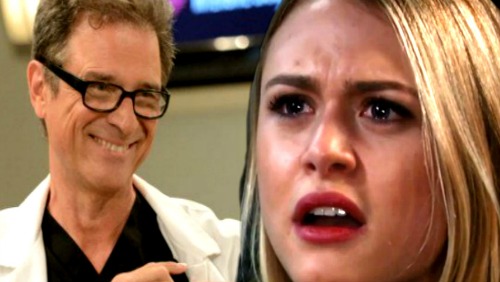 Unfortunately, Griffin could make matters even worse for Kiki. This could quickly spiral out of control. Dr. Bensch may kick Kiki out of the shadowing program or simply rev up his outbursts. If Kiki threatens to expose Dr. Bensch’s unwanted advances, he may vow to turn this around on her. Dr. Bensch could argue that Kiki won’t stand a chance against him with the board.

That’s when Kiki could break down and spill the whole story to Griffin. You can bet that he’d stand up for her and do his best to get Dr. Bensch fired. Of course, this would just be one more example of Griffin coming to Kiki’s rescue. GH fans will recall that he also helped Kiki out when she was drunk and lonely. 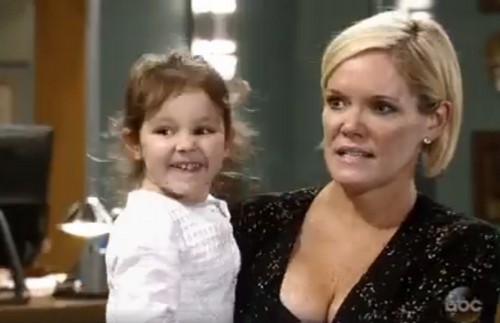 Ava (Maua West) finally has her jealousy under control, but maybe she shouldn’t let her guard down! She’s angering Griffin with the looming custody battle and her paternity test snooping should blow up, too. Griffin could easily find himself falling out of love with Ava and growing closer to Kiki.

Will Griffin trade one Jerome for another one? Do you think Kiki and Griffin would make a cute couple? We’ll give you updates as other General Hospital news comes in. Stick with the ABC soap and don’t forget to check CDL often for the latest General Hospital spoilers, updates and news.