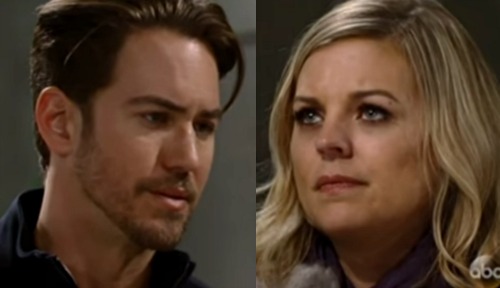 General Hospital (GH) spoilers tease that Maxie (Kristen Storms) will stop by the cemetery. She was torn apart by Nathan’s (Ryan Paevey) death and things aren’t really getting any easier. Maxie assured her baby that they’d get through this, but she doesn’t seem convinced of that deep down.

Nevertheless, Maxie will keep putting one foot in front of the other. She’ll break down in tears as she visits Nathan’s grave. When Peter (Wes Ramsey) appears, Maxie will insist that she’d like to thank him. She’ll wish she could’ve properly expressed her gratitude sooner, but she was understandably distracted. 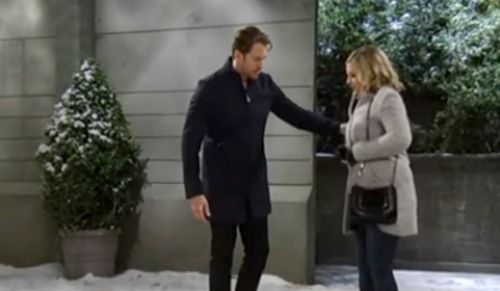 Peter will wonder why Maxie’s thankful. He won’t think he deserves her kind words, but she’ll contend that he saved her life as well as her child’s. Maxie will argue that if Nathan were still around, he’d be grateful, too. Peter will feel like the attention needs to be on Maxie right now. He’ll be so sorry for the way all this turned out.

General Hospital spoilers say Maxie will confide in Peter as she tries to dry her tears. She’ll admit that these cemetery visits aren’t really helpful. Maxie will suggest that seeing Nathan’s grave only makes her want to go home, but he’s not there either. She knows Nathan’s dead, but she’ll somehow feel like her brain doesn’t really get it. 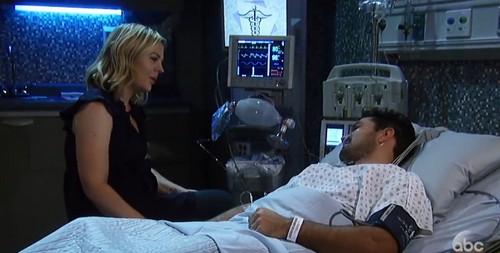 Peter will understand and suggest that grief’s a tough thing for the mind to accept. That’ll prompt another round of gratitude. Maxie will note that everyone else tries to convince her that time will heal her pain or that Nathan wouldn’t want her to be sad. She’ll point out that Peter’s the first person who hasn’t tried to make her feel better.

Maxie will find that refreshing since no one except Nathan can ease her suffering. Of course, that may not exactly be true! Nathan’s death has brought out a softer side of Peter. It seems GH wants to humanize him a bit. They want us to know Peter isn’t completely cold and calculating. 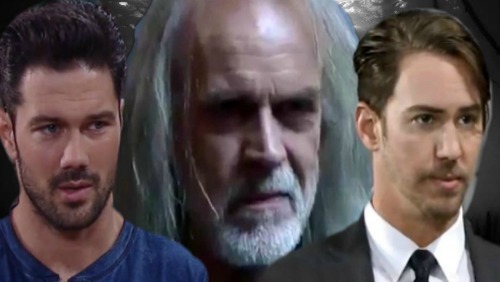 It’s worth pointing out that Peter is Nathan’s brother and this baby’s uncle. He’ll feel a need to watch over Maxie and her little one, especially since he played a role in Nathan’s death. Peter’s a big reason why Faison showed up and ultimately pumped a bullet in his own son.

Naturally, this is the perfect setup for a juicy romance. If Maxie finds herself drawn to Peter and eventually falls for him, that could certainly complicate things. Peter’s secret connection to Faison could create some real drama. General Hospital writers would be fools to pass this opportunity up!

Maxie still needs time to grieve, but they’re at least laying the groundwork for this potential pairing. Would you like to see Peter and Maxie become an item? We’ll give you updates as other GH news comes in. Stay tuned to the ABC soap and don’t forget to check CDL often for the latest General Hospital spoilers, updates and news.