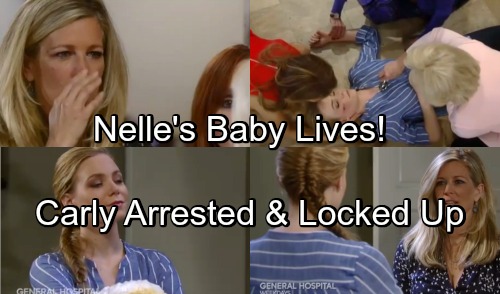 General Hospital (GH) spoilers tease that Nelle (Chloe Lanier) will face a scary ordeal. She got into huge fight with Carly (Laura Wright) and it ended with an epic tumble down the stairs. Carly didn’t shove her, but that won’t stop Nelle from claiming that she did. Once Nelle finally comes to, she’ll point the finger at Carly and insist this was a deliberate act.

Since Monica (Patty McCormack) will have already called the cops by then, Dante (Dominic Zamprogna) will be there to get the scoop. He’ll hear Nelle accuse Carly of giving her a push, so he’ll reluctantly make an arrest. Dante will hate the idea of taking his stepmom into custody, but what else can he do? He’ll face pressure from Nelle and most likely a room full of partygoers.

Most of the guests saw how unhinged Carly was. Many of them will have no problem buying that Carly attacked Nelle in a fit of rage. Monica will remain Nelle’s champion throughout all this. That could come in handy as Carly faces legal consequences. With the powerful and respected Quartermaine name on her side, Nelle could have the upper hand.

Of course, Carly’s last name won’t do her any favors. Being Mrs. Sonny Corinthos seems like an easy way to be found guilty. Sonny (Maurice Benard) tends to escape the consequences of his mob drama, so Carly could get the book thrown at her. If the judge can’t take down Sonny, he or she might as well take down his wife. 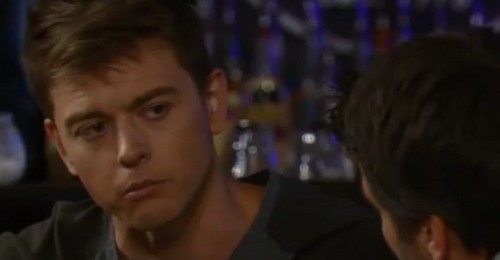 Diane (Carolyn Henessy) will step up to defend Carly, but she’ll realize she’s got a tough case on her hands. General Hospital spoilers say Diane will worry this is a fight she can’t win. In the meantime, Nelle will get a lucky break and Kim (Tamara Braun) will deliver positive updates at GH.

Does that mean Nelle’s baby will survive? Let’s hope so! It’d be devastating for Michael (Chad Duell) to suffer a loss like that. If Nelle’s kid lives, she could be on the verge of getting everything she wants. Michael may turn against Carly soon enough. He’ll definitely be upset about his son or daughter being put in harm’s way. 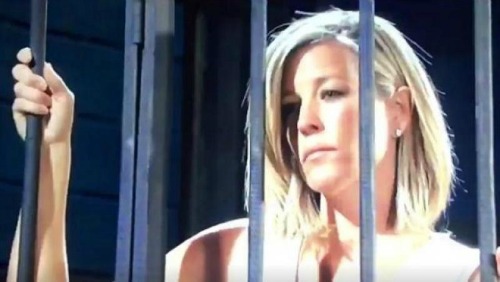 General Hospital spoilers say the ABC soap’s been filming some courtroom scenes. It sounds like Carly may go on trial for assaulting Nelle. The judge will probably believe Carly endangered the lives of an innocent young woman and her unborn child.

Since we know Carly will end up in a mental institution, Diane may help her cut a deal to avoid prison. A stay in the nuthouse may be more pleasant than one in the slammer. We’ll keep you posted as other news comes in. Stick with ABC’s GH and don’t forget to check CDL often for the latest General Hospital spoilers, updates and news.