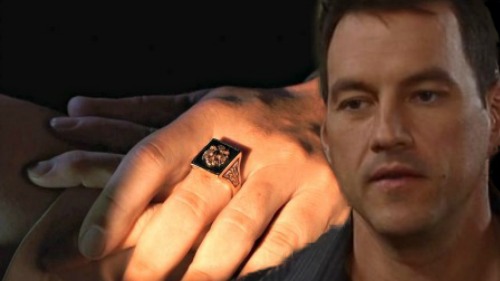 Another possibility could be Tyler Christopher (Nikolas Cassadine)! There have been lots of Nikolas mentions lately on General Hospital, and Tyler is currently on a personal leave of absence from Days of Our Lives. Even though Tyler has previously tweeted on June 12, 2018 in response to a fan that he couldn’t be on contract with two different networks, a recurring appearance is different than being on contract. Both Wally Kurth and now James Read are floating between Days of Our Lives and General Hospital, so why not Tyler?

Another difference in this leave of absence than previous ones Tyler has taken is that he’s been radio silent on social media…there are rumors that he is having some type of shoulder surgery, but nothing has been confirmed. Previously, he had posted on his Facebook page when his mother passed away, and also the Go Fund Me he had set up for his brother Todd.

There is nothing on either of his Facebook pages or his Twitter page to indicate a leave of absence. There is, however, evidence that he keeps up with his former GH friends! He is Facebook friends with several GH actors, and there was a return tweet to Laura Wright asking if he remembered a ride to Nashville from Atlanta on August 30, 2018 so he apparently has Twitter friends from his GH days as well.

It is possible that both GH and Tyler are keeping a secret and that it could be Nikolas’ hand with the Cassadine ring in the shot with Cassandra Pierce (Jessica Tuck). This may mean Nikolas went dark; or possibly Valentin Cassadine (James Patrick Stuart) helped him fake his death. Valentin’s been giving a few hints about that possibility lately.

Or, Nikolas could even have gone into witness protection for some reason. It’s kind of a toss-up between Stephen Nichols (Stefan Cassadine) and his nephew Nikolas being the mystery Cassadine in fans’ eyes; perhaps when the Cassandra storyline is picked up again, it will be revealed that Nikolas has been hidden by Stefan, and neither one will have been as dead as previously thought!

All these Nikolas mentions may lead to the conclusion of an exciting Cassadine mystery for GH fans: stay tuned to GH and keep checking General Hospital spoilers on CDL frequently to see where the Cassadine trail leads!