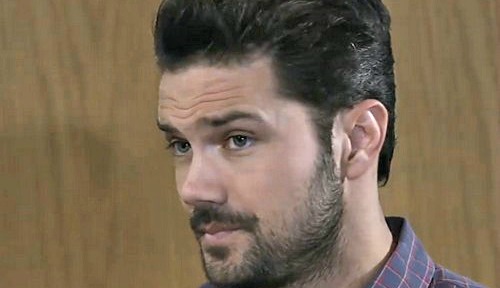 General Hospital (GH) spoilers report alum Ryan Paevey (Nathan West) isn’t one that would be happy working behind a desk. The GH fan favorite is obsessed with motorcycles. He is always trying to squeeze in adventure, even if it’s just a few days. He’s been pretty busy lately, with two films coming out in the next few weeks.

Paevey is starring in Hallmark’s Hope at Christmas, scheduled to air on November 20. He plays a widower who meets a newly single New Yorker who moves to sell a house and share memories with her little girl. He noted that in the movie, he played Santa Claus. He added that it’s a Hallmark movie, so it’s guaranteed to make you cry.

The second film is called BFF Bride. He will star a former fat kid who lost weight and planning to marry the woman he believes is Ms. Right, Kelly Kruger. After a series of event, he soon discovers that she probably isn’t the woman he should marry.

After he wrapped up Nathan’s horrific demise, he wanted to do nothing but feel good movies. He felt like it was a needed change from all the drama on General Hospital. He recalls that his on-screen relationship with Maxie (Kirsten Storms) was sweet and he hopes the fans remember how good they were together.

General Hospital fans, are you planning to watch his upcoming films – don’t you wish Ryan could return to Port Charles? Don’t forget to come back to CDL for more GH spoilers, news, and updates!