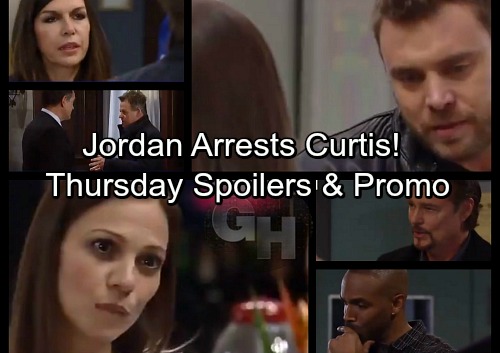 General Hospital (GH) spoilers for Thursday, March 1, tease that Drew (Billy Miller) will have some questions for Kim (Tamara Braun). He’ll wonder if he ever talked to her about his childhood when they were together. Kim already filled Drew in on the details of their brief romance, but maybe there were a few conversations she forgot about. Anything would help at this point.

Since Betsy (Deborah Strang) sent Drew away, he’ll feel like something major must’ve went down. Jim Harvey (Greg Evigan) suggested that Drew and Franco (Roger Howarth) used to get pretty rowdy, but that’s all Drew’s got to work with. He’ll hope Kim can offer a clearer picture of when he was a boy.

Elsewhere, Liz will enjoy some pre-wedding festivities with Epiphany (Sonya Eddy), Felix (Marc Anthony Samuel) and Kiki (Haley Erin). Felix will pour some Champagne and suggest that they should get this party started. He’ll hope to make Liz feel like a queen as she prepares to tie the knot.

Other General Hospital spoilers say Jim will threaten Jordan (Vinessa Antoine). He knows Curtis (Donnell Turner) was the one who snooped and stole those maps. Jim will insist that Jordan needs to make an arrest or he’ll call for her firing.

Jordan obviously won’t want to cuff her beau, but she just won’t have a choice. She’ll have to read Curtis his rights and lock him up on Thursday. Across town, Franco will have a stunning realization. He’ll suddenly recall that Jim’s to blame for Drew’s childhood suffering. 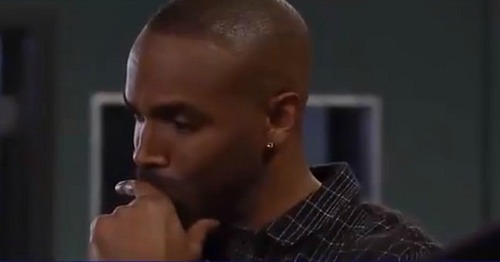 Once the last puzzle piece is in place, Franco will head to Jim’s office and get ready for a showdown. Jim will be surprised to see Franco sitting there when he returns. He’ll wonder what’s up with “Bobby.” Franco will snarl that it’s about time Jim showed up. He’ll confront Jim about the abuse, so some tense moments are on the way.

Finally, Anna (Finola Hughes) will have a confession to make. She’ll tell Finn (Michael Easton) that there’s something he should know. Anna will likely come clean about the child she had with Faison (Anders Hove). She won’t want to keep secrets from someone she cares about.

Will this put Anna and Finn any closer to a real relationship? Finn should appreciate her honesty, so maybe their romance is moving in the right direction. We’ll give you updates as other General Hospital news comes in. Stay tuned to ABC’s GH and don’t forget to check CDL often for the latest General Hospital spoilers, updates and news.