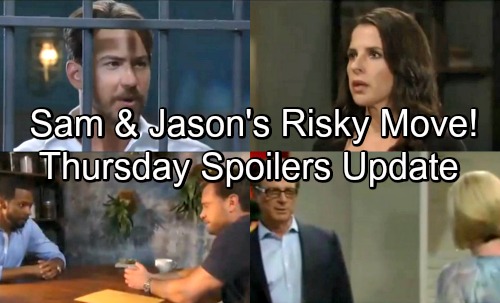 General Hospital (GH) spoilers for Thursday, May 31, tease that Dr. Bensch (James DePaiva) will remain smug and smarmy. Kiki (Haley Erin) turned him down, but he doc probably thinks she’ll have a change of heart. He knows Kiki’s evaluation could make or break the next phase of her career. The only way he’ll adjust it is if Kiki joins him for a sex session in his hotel room.

Kiki has no intention of doing what Dr. Bensch asks, but it appears he’ll prepare for her anyway. General Hospital spoilers say Dr. Bensch will mention the idea of picking up something beautiful. He’ll speak with Ava (Maura West), so maybe he’ll pop in the gallery for an artsy present. Regardless, Ava should sense that this guy has a creepy vibe.

At GH, Kiki will take a bold stand against her mentor. She’ll file a complaint and Liz (Rebecca Herbst) will be there for support. Kiki may face doubts about her accusations, but at least she’ll have Liz and Michael (Chad Duell) in her corner. She’s confided in them both, so they could be helpful throughout this process.

Sadly, Dr. Bensch is going to play dirty. He saved the voicemail Kiki left after their kiss. That message will undoubtedly be misinterpreted. Plus, Kiki slept with Griffin (Matt Cohen) and that’s not going to do any favors for her case. Dr. Bensch may act like she’s sleeping with any staff member she can get her hands on. 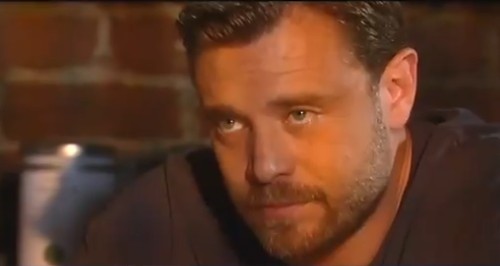 All that’s still to come in this hot plot, but let’s focus on another major storyline for now. General Hospital spoilers say Sam (Kelly Monaco) will reveal her plan. She’ll push Jason (Steve Burton) to help her get Peter (Wes Ramsey) out of lockup, but they may run into some trouble. This plot to acquire the flash drive won’t go as expected.

Peter will be kidnapped soon, but he’ll face off with Valentin (James Patrick Stuart) in the meantime. Thanks to the bars he’s trapped behind, Peter won’t be able to attack Valentin like he wants to. He can’t make this confrontation physical, but he’ll certainly put Valentin through a verbal smackdown. 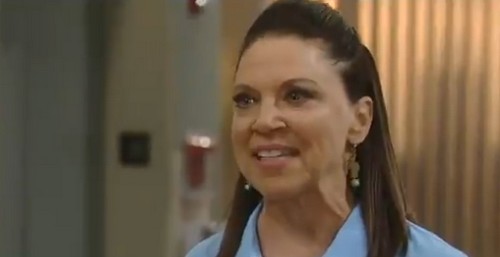 Across town, Andre (Anthony Montgomery) will encourage Drew (Billy Miller) to open up. They’ll meet to finalize some memory procedure arrangements, but Drew will seem uneasy. Andre will wonder if his patient has reconsidered, but there’s a good chance Drew will push past any doubts.

Of course, Anna had no idea Heinrik was in Faison’s grasp. She’ll be sorry for Liesl’s pain and Peter’s suffering, but Anna shouldn’t be held accountable for what happened to Nathan. Faison shot and killed his son, so he’s the one to point the finger at.

Dr. Obrecht will explode anyway, which means GH fans will be treated to some exciting scenes. We’ll give you updates as other news comes in. Stay tuned to the ABC soap and don’t forget to check CDL often for the latest General Hospital spoilers, updates and news.