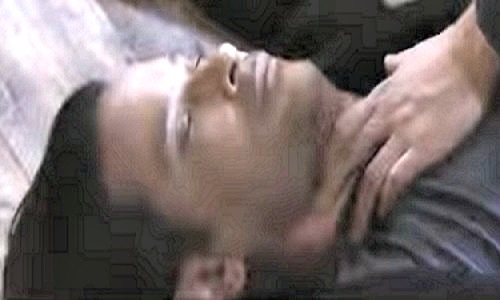 General Hospital (GH) spoilers for Tuesday, April 10, tease that Drew (Billy Miller) will frantically urge Franco (Roger Howarth) to wake up. After a fierce faceoff with Jim (Greg Evigan), Franco lost control of the gun and found himself in a chokehold. He finally lost consciousness just before Jim tightened his grip to strangle him.

However, Drew pumped a bullet in Jim and saved the day. It’s fitting since Franco was trying to protect him when they were kids. Now Drew will be determined to help Franco survive the latest round of chaos. He’ll encourage Franco to breathe and try to get him back to GH as soon as possible.

Meanwhile, Jordan (Vinessa Antoine) will push Liz (Rebecca Herbst) for the truth. She’ll feel like there’s something she’s missing, so she’ll want some answers. Jordan will suggest that the outcome could be brutal for Franco if Liz doesn’t come clean.

Liz knows that Franco was actually the kidnapper and Scott (Kin Shriner) sent the cops in the wrong direction. Will she spill the rest of the story or trust Drew to handle this mess? Either way, Liz will face some tough moments in Tuesday’s episode.

Other General Hospital spoilers say Sonny (Maurice Benard) will have a tense chat with Jason (Steve Burton) and Carly (Laura Wright). He’ll want to hear all about the scarf drama, but he’ll soon have some doubts that it even happened. Sonny will point out that there’s no proof the scarf was in Carly’s office.

Carly should be upset when Sonny acts like it was all in her head. Jason will ask Carly what went down at her place, so that could add to the guys’ fears. Genera Hospital spoilers say Sonny will think they should seek professional assistance. It sounds like he’ll encourage Carly to see a shrink and hopefully make sense of her grief.

Elsewhere, Lulu (Emme Rylan) will stop by to see Valentin (James Patrick Stuart). She’ll state that she’d like to take him up on his offer. This probably involves using Valentin’s resources to search for Heinrik. Of course, Lulu doesn’t know she’s actually turning to Heinrik’s partner in crime. Peter (Wes Ramsey) is just the man Lulu’s looking for, but there’s no way Valentin will help her find that out. 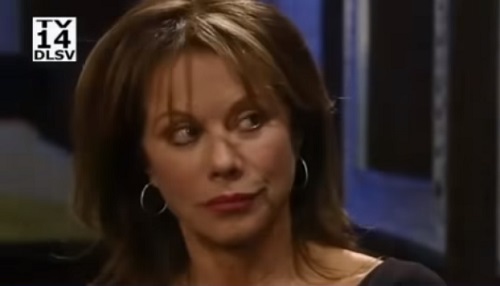 Across town, Finn (Michael Easton) will grow suspicious of what Anna (Finola Hughes) might be hiding. Her excitement over Faison’s (Anders Hove) lighter will leave Finn wondering what’s up. Anna will be happy to have another clue, but she won’t let Finn know how close she is to all the Heinrik mayhem. Now that he’s with Alexis (Nancy Lee Grahn), Anna will be even more inclined to keep secrets.

Over with Peter, he’ll have to deal with some backlash from Maxie (Kristen Storms). She’ll ask how long Peter’s been keeping something from her. This most likely involves the baby’s trust fund. Peter wanted to put away some money for the kid anonymously, but that plan obviously didn’t work out!

It looks like some gripping scenes are on the way. We’ll give you updates as other GH news comes in. Stick with the ABC soap and don’t forget to check CDL often for the latest General Hospital spoilers, updates and news.