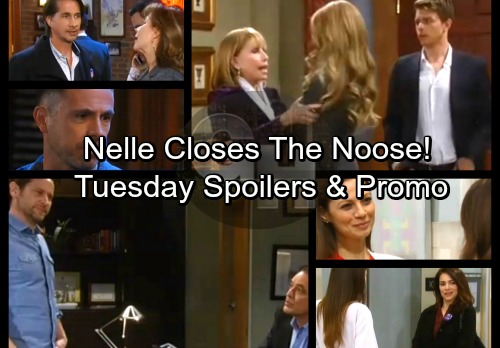 General Hospital (GH) spoilers for Tuesday, February 20, tease that Stella (Vernee Watson) will arrive at Julian’s (William deVry) pub with an optimistic attitude. She’ll hope that Alexis (Nancy Lee Grahn) can pull off a win, but she hasn’t heard the latest news yet. Stella will wonder what she’s missing, so Jordan (Vinessa Antoine) and Curtis (Donnell Turner) will undoubtedly fill her in.

The Intruder just put out a new article on Alexis and it obviously isn’t flattering. General Hospital spoilers say this scandal could affect Alexis’ numbers, but will it affect them enough to cause defeat? Alexis certainly won’t have a good feeling about this. She’ll tell Finn (Michael Easton) that there may not be any triumph on Charles Street. 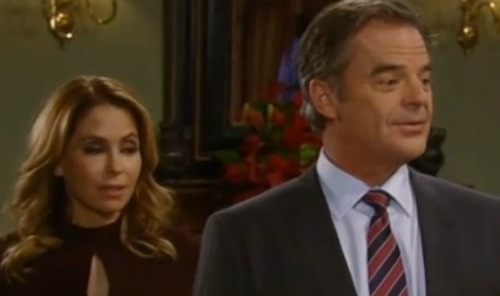 Molly (Haley Pullos) will fume over what she believes is Ned’s (Wally Kurth) doing, but she’s got it all wrong. It looks like Jim Harvey (Greg Evigan) is the real culprit here. Nevertheless, Ned will have to defend himself when he faces backlash. Fortunately, Olivia (Lisa LoCicero) will happily stand up for her husband. She’ll make it clear that he doesn’t have to play dirty to win.

Of course, Ned won’t mind watching his odds improve. The updates on his phone will leave him feeling confident. Still, Ned shouldn’t get too smug. Surprises are the norm on soaps, so Alexis may find a way to come out on top. Underdogs always have a shot on GH! 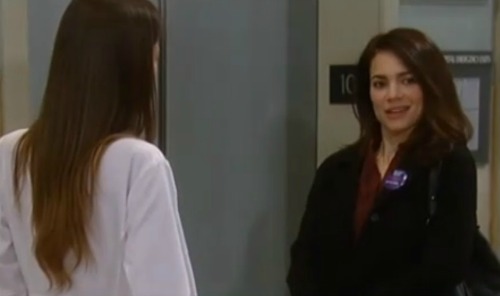 Meanwhile, Julian (William deVry) will snarl that somebody’s going to pay for this. After mulling it over, maybe he’ll realize this move would be right up Jim’s alley. Across town, Franco (Roger Howarth) will meet with Kevin (Jon Lindstrom). When Franco seems unsettled, Kevin will wonder if he’s remembered something. They’ll have another crucial chat in Tuesday’s episode.

Nearby, Liz (Rebecca Herbst) will gush about the upcoming wedding. She’ll tell Kim (Tamara Braun) about the happiness she’s found with Franco. Liz will feel confident that she’s chosen the right man this time. Will Franco’s secrets destroy everything or will this just be another obstacle to overcome? Since Franco’s probably innocent in the staircase incident, perhaps “Friz” can get through this. 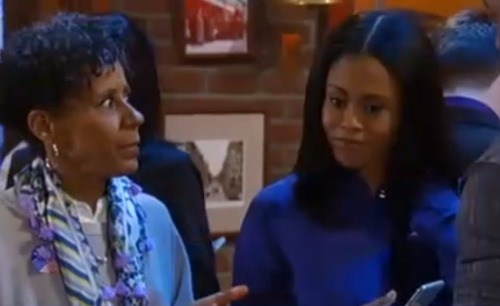 Other General Hospital spoilers say Drew (Billy Miller) will ask Curtis for a favor. He’ll explain the will situation and hope that Curtis can help him out. They’ll do their best to figure another way to retrieve Drew’s memories. He just wants to be able to recall who he was, but that plan will come with plenty of complications.

Elsewhere, Nelle (Chloe Lanier) will continue to play Monica (Leslie Charleson) like a fiddle. It appears she’ll make more progress with Michael (Chad Duell) as well. How long can Nelle keep this up? We’ll keep you posted as other GH details emerge. Stick with the ABC soap and don’t forget to check CDL often for the latest General Hospital spoilers, updates and news.