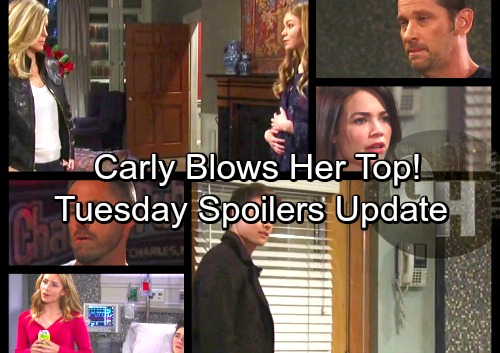 General Hospital (GH) spoilers update for Tuesday, March 13, tease that Curtis (Donnell Turner) will grow impatient. When Jordan (Vinessa Antoine) walks in, Curtis will hope she’s brought good news. He’ll beg Jordan to tell him he’s about to get out of there. Curtis has definitely had enough of that hospital bed!

Jordan may reveal that Curtis is going to be released soon, but that won’t make his Jim Harvey (Greg Evigan) problems disappear. Curtis was recently arrested for breaking into Jim’s trailer and swiping some crucial maps. He’ll have a tough time wiggling out of the charges, but things will surely get sorted out sooner or later. 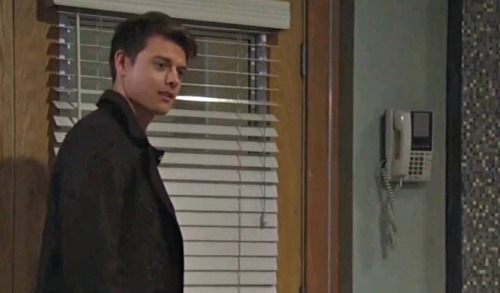 In the meantime, Michael (Chad Duell) will show up in Oscar’s (Garren Stitt) room at GH. He’ll want to see how Oscar’s recovering after all the earthquake drama. Oscar will insist that he’s doing much better now. He’s glad to be alive after getting trapped in The Floating Rib’s freezer.

Josslyn (Eden McCoy) will point out that it was nice of Michael to drop in, but she won’t think Oscar’s the only person he’s there to see. She’ll feel like Michael may want to pay Nelle (Chloe Lanier) a visit as well. Josslyn’s starting to believe Michael and Nelle may get back together.

Michael will likely shut down any talk of a “Melle” reunion and mention that Nelle already left. He’ll insist that he cares about Nelle as the mother of his child, but that’s the only kind of relationship he’s interested in. Of course, Nelle has very different expectations. Now that she’s getting settled in at the Quartermaine mansion, Nelle will think she’s becoming part of the fam.

After Carly hears about Nelle’s new living arrangements, she’ll blow her top. General Hospital spoilers state that Carly will make her feelings known, but Nelle won’t budge from her spot. Since her apartment building was destroyed, Nelle will think everything worked out like it was supposed to. She’ll flash a fake smile and contend that something good came out of the tragedy. 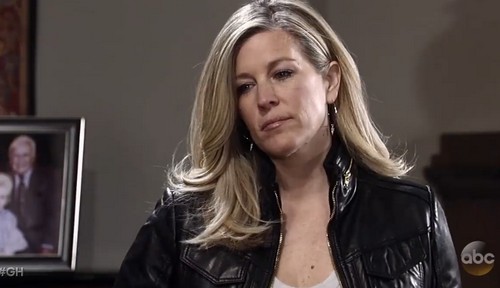 Other General Hospital spoilers say Liz (Rebecca Herbst) will push Franco (Roger Howarth) to be honest with her. She’ll urge Franco to look her in the eyes and tell the truth about Drew’s (Billy Miller) childhood trauma. Liz will want to know if Franco made his first murder attempt as a tot. She fully believes Franco has changed, but a little piece of her will still be worried.

Across town, Julian (William deVry) will deal with some conflict at his pub. It appears he won’t appreciate Ned (Wally Kurth) dining at his establishment. It’s no secret that Ned and Julian don’t get along! 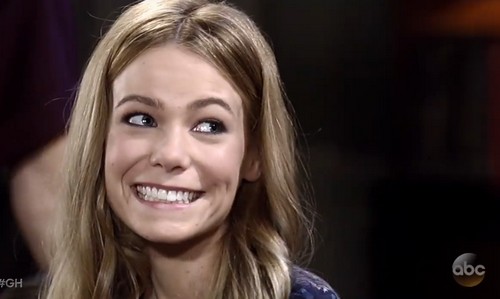 Elsewhere, Finn (Michael Easton) will decide to get in touch with Alexis (Nancy Lee Grahn). General Hospital spoilers say he’ll eventually head over to the pub, but trouble’s brewing. GH fans can expect Julian and Finn to face off soon.

Within the next couple episodes, Julian will take a punch from Finn. He’ll ultimately have Finn arrested, so this won’t be a great week for the men in Alexis’ life. We’ll keep you posted as other GH details emerge. Stick with the ABC soap and don’t forget to check CDL often for the latest General Hospital spoilers, updates and news.