General Hospital Spoilers: Twin Against Twin – Drew And Jason, Which One Is Which – Do We Really Know For Sure? 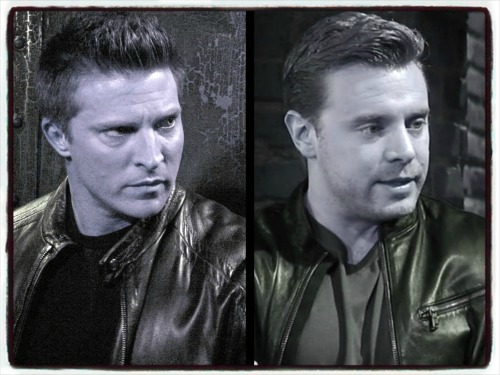 General Hospital (GH) spoilers tease that the Jason Morgan (Steve Burton) return arc which we were told will last around nine months (we’re in the sixth month now), according to EP Frank Valentini, will end with a surprise twist.

Currently, the twins are at odds over the woman they both love, Samantha “Sam” Cain (Kelly Monaco) and she is torn apart over loving both of them. General Hospital fans, Sam, Sonny (Maurice Benard) and Carly Corinthos (Laura Wright), Spinelli (Bradford Anderson) and the rest of Port Charles are positive which twin is which.

Drew (Billy Miller) must be Drew Cain, because of Helena Cassadine’s (Constance Towers) nickname for him of “Soldier Boy,” his ability to fly a plane from Cassadine Island and diffusing bombs. The of course there is the issue of fingerprint evidence which GH has presented as incontrovertible.

Drew has also displayed fighting skills, several times fighting several enemies at once when protecting his friends and loved ones. He could have learned all these skills during his years as a Navy Seal. However, early in the Jake Doe/”Jason Morgan” reveal in 2015, he recalled Helena Cassadine calling him “Jason” just prior to brain surgery.

The currently accepted Jason, on the other hand, while having many of the same skills as Drew, learned while he was a mob enforcer for Sonny, definitely never knew how to fly a plane, and nor how to diffuse bombs. Both men appear to have some mechanical ability, enjoy riding motorcycles, and know how to work on them. Both have had traumatic brain injuries and brain surgeries. Both can have extremely bad tempers when provoked, although the twin we know as Drew Cain now has a more sociable personality than the twin we know as Jason, who is a loyal and trustworthy friend, but not nearly so gregarious.

Fans all agree there are both similarities and differences in the personalities and skill sets of the two men. However, are GH fans REALLY sure we know which one is which? Are the twins really sure they know which ones they are?

General Hospital spoilers tease that this big surprise we are in for in only about three months away now and is something nobody will expect. The memory mapping program invented by Dr. Andre Maddox (Anthony Montgomery) and misused for nefarious means by Cesar Faison (Anders Hove) and others on the two twins no doubt gave both men Jason Morgan’s memories.

But what if Andre’s technology is flawed – what if it also gave both men some of Drew Cain’s memories, however subconscious they may mostly be? And seriously, in a world where memory mapping/mind transfer exists does anyone doubt that technology for changing fingerprints could exist as well. What if, after all this heartache for Jason, Drew, and Sam that we have witnessed lately is for nothing? What if the man everyone now assumes is Drew is really Jason after all, and the man who came back to Port Charles as “Patient Six” is really Drew?

Be sure to stay tuned to General Hospital over the next few months as we consider this exciting possibility and see how this dramatic story ends. don’t forget to check CDL often for the latest General Hospital spoilers, updates and news.