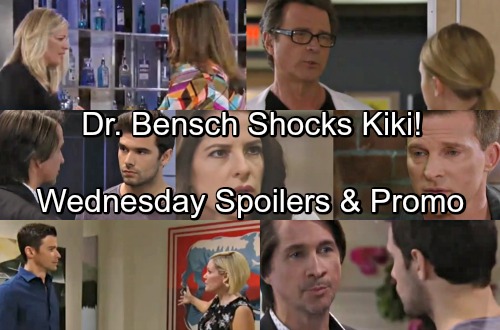 General Hospital (GH) spoilers for Wednesday, May 2, tease that Finn (Michael Easton) will urge his half-brother to back off. Alexis (Nancy Lee Grahn) hoped that Chase (Josh Swickward) and Finn could work through their issues, so she arranged a surprise meeting. Unfortunately, that plan backfired spectacularly. Finn’s annoyance will turn into full-blown rage soon, so Chase will definitely get an earful.

Despite Chase’s efforts to connect, Finn will push him away. He won’t think he has to explain his grudge or anything else about his life. Finn will suggest that it’s none of Chase’s business, so they’ll decide to steer clear of each other. Chase will respect that Finn doesn’t want to see him, but it’ll certainly bring some pain. Let’s hope these two can find a way to bond eventually. 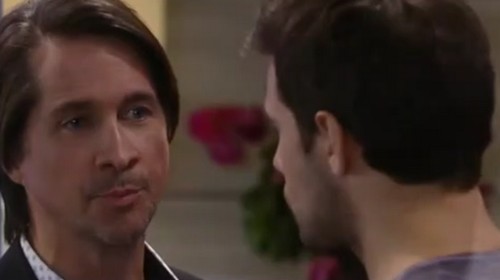 At GH, Dr. Bensch’s (James DePaiva) decision will catch Kiki (Haley Erin) off guard. He’ll plan on requesting another tour with her for the shadow program. Kiki’s sure to freak when she hears that. She’s struggling to even make it through the first round with this creep, so a second one seems impossible. Kiki will quickly object, but Dr. Bensch will ignore her complaints and continue his criticism.

At the gallery, Ava (Maura West) and Griffin (Matt Cohen) will have a serious showdown. Now that Griffin knows Ava lied, he’s absolutely furious. Griffin can’t believe Ava would exploit Mike’s (Max Gail) situation to get custody of Avery (Ava and Grace Scarola). Her deception will make all this even worse. 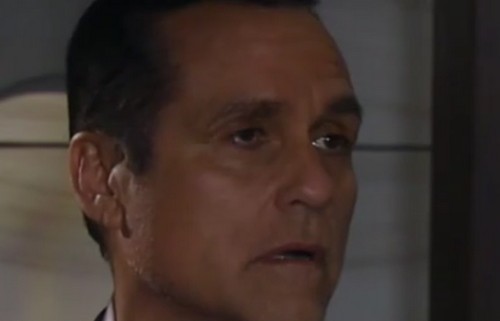 Of course, Ava wouldn’t have had to blackmail Sonny if he’d been doing the right thing all along. Avery’s her daughter as well, so joint custody is only fair. Besides, Ava will point out that she dropped the charges against Mike. She’ll think everything worked out, but Griffin will snap that Mike’s innocent. This fight will definitely highlight their differences and could put their romance in real jeopardy.

Other General Hospital spoilers say Anna (Finola Hughes) will talk to Robert (Tristan Rogers) about her goals. She’ll insist she has to stay one step ahead of Jason (Steve Burton) if she wants to protect Heinrik. Anna will be desperate for a chance to help her son and give him a shot at redemption. 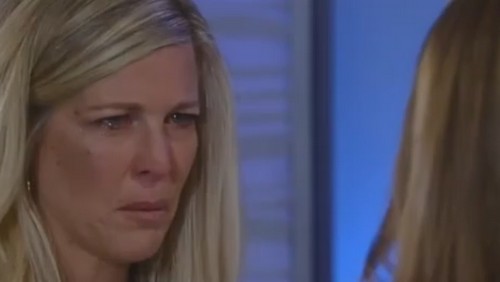 Over with Sam (Kelly Monaco), she’ll have big news to share. Jason will be on the receiving end of these updates, so he should have hope soon. Sam will announce that she’s getting a divorce, which could inch her closer to a reunion with Jason. She won’t be ready to commit yet, but this is certainly a step toward distancing herself from Drew (Billy Miller).

Across town, Sonny (Maurice Benard) will worry about Carly (Laura Wright). He’ll feel like she’s a bigger problem than Ava and maybe even Mike at the moment. Sonny will want to resolve Carly’s issues, but he’ll fret about what’ll happen if he can’t.

Finally, Carly will break down in tears with Lucy (Lynn Herring). She’ll feel like she’s losing her mind and GH fans know that Nelle’s (Chloe Lanier) to blame! General Hospital spoilers say the drama’s about to heat up, so we’ll keep you posted as other details emerge. Stick with the ABC soap and don’t forget to check CDL often for the latest General Hospital spoilers, updates and news.