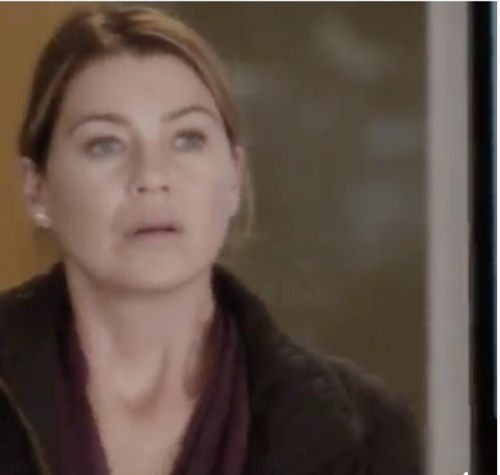 April had sent out all of Alex and Jo’s wedding invitations on tonight’s all-new episode of “Grey’s Anatomy”. She had loved planning weddings and the couple had hated it, so they let her take over. April picked out fancy wedding invitations and just to ensure that no one overlooked it she had also sent out e-invites. The couple’s friends and family were often busy and so they had loved their email. They had loved it so much that they knew that it had to have been April that did that and not the couple because neither Alex nor Jo were into the fancy. The couple had gotten an invitation of their own and they had even joked around that the wedding might be too fancy for them to attend. And so the couple had been happy that they had April in their lives.

April handling everything had made it easier on the pair and it had left everyone else excited. They had all enjoyed themselves at her wedding to Matthew until she left him at the altar however that was then and this was now. Matthew and April were on speaking terms nowadays and they had unfortunately been hanging out when they got into an accident. Matthew’s car had flipped over and the EMTs had found him right away. They rushed him to the hospital and the three doctors working on him had tried talking to him. Matthew had been a little confused and so the doctors thought he was calling out April’s name because he wanted to see her. They asked the interns to go get her and told Matthew that she was at the hospital. And so Matthew said something that chilled them.

Matthew said “good, April had warned him about the road”. The doctors had needed clarification for what he said because it sounded like April had been in the car with him and so they tried to ask him yet he had been given powerful pain meds and that knocked him out. Meredith, Bailey, and Owen had all wanted to convince themselves that Matthew hadn’t meant what they feared because April hadn’t been brought in and so Owen decided to go out to the accident just to see it for himself. He drove out there hoping not to find her and instead he found April face down in the nearby ravine. Owen had gone in to pull her out and what he saw had scared him into texting Meredith. Meredith needed to be told that the situation was bad because she was supposed to speak to Jackson.

Back when they thought April was at the hospital, Meredith had offered to ask Jackson if he knew where April was and he said he didn’t. He had had Harriet all weekend and therefore hadn’t seen April during the switch-off. So Meredith had already been concerned about April when she got Owen’s text message and she decided afterward not to tell Jackson. Jackson was going into the OR because he was dealing with burn victims from an apartment complex that caught fire and so Meredith hadn’t wanted to remove his focus. She told Jackson that she had been asking about April because she wanted to know more about the wedding and had shared a laugh with Jackson about it before she got out of there.

Meredith had remembered her own ordeal from when she had gone into the water and had been out of it when she got pulled out. There had been willing to write her off then and her friends, as well as Derek, hadn’t wanted to let go, so Meredith decided to do the same for April and she hadn’t been alone. He and Owen worked to warm up April because she had to be warm to be dead and they got Bailey to assist on Matthew’s surgery. The other doctors they had tried to keep in the dark and besides the interns the only other person that knew what was going on was Richard. Richard had needed to feel useful and so he worked on Matthew with Bailey’s help. Together they treated a ruptured spleen and fluid in the lungs though even in surgery they didn’t talk much.

Those in the know were trying to keep the secret and so everyone else had thought it was a normal day. Alex and Jo found out that April had booked a cake tasting for them and had laughed about it because they thought April would just pick that out as well. Meanwhile, Dr. Nicole Herman had returned to the hospital. She thought she pneumonia at first and that later she thought her tumor might have come back because the symptoms never went away. Herman had even been upset that her tumor could have come back. She had been living a full life and thought that no matter what happens that she’ll survive. The one that did have a problem with Herman’s situation had been Amelia.

Amelia had removed the tumor and had blinded Herman ending her medical career as a surgeon. With Herman being back, Amelia thought her own tumor must have played her part and that she hadn’t done her job properly because of it. The only person that talked her out of telling Herman her medical history had been Betty. Betty was the teen addict that Amelia had been helping and this time it had been Betty that helped her. Amelia figured she wouldn’t help anyone by admitting the truth about her tumor, but she thought that she should at least give Herman a referral for another doctor and so Herman asked her if that was because of Amelia’s tumor.

It turns out Herman and Amelia both slept with a very chatty surgeon and so Herman knew the truth before she even went back to Amelia. She put a lot of faith in Amelia and hadn’t cared what happened before. So Amelia truly made peace with her own tumor because of what Herman said and funnily enough it made her bond with Betty. Betty had gotten high when she said she hadn’t and thankfully she admitted that she needed help. And just when things looked their worst, everyone found out that April was dangerously close to death and they rushed to her side only to see a miracle.

Maggie had been brought in to help with April’s heart and it had been Maggie that saved April. April had been in the car with the Matthew because they were back together and she hadn’t wanted to tell anyone because she hadn’t wanted to be judged yet no one judged her and they were able to tell her that when she later woke up. April and Matthew had found love again and so everyone had been happy for them. And April wasn’t even mad that Arizona told everyone her secret while she had been in a coma.

Arizona thought she would have to give up what she loved doing in order to move to New York for Sofia and it turns out she could continue to work a neonatal surgeon because Herman had a job to offer her.

Herman wanted to put a maternity crash cart on every OBGYN floor in the country and so she asked Arizona to partner up in with her, but she also said they could do it from New York and that meant Arizona just had to say “yes”.