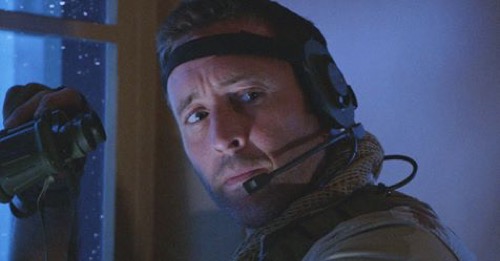 Tonight on CBS Hawaii Five-0 air with an all-new Friday, December 07, 2018, episode and we have your Hawaii Five-0 recap below.  On tonight’s Hawaii Five-0 season 9 episode 10 “Pio ke kukui, po’ele ka hale (When the Light Goes Out, the House is Dark)” as per the CBS synopsis, “After fighting off an assassin in his own home, McGarrett and Joe White flee to Montana to prepare for a battle against those exacting revenge for a past SEAL mission.”

There was a contract killer on the loose in Oahu. It seems the killer was coming out after the Morocco team which was a six man SEAL team that went into Morocco and assassinated the head of a terrorist organization. McGarrett had been one of the SEALs on that mission and he had been attacked at his home, but McGarrett had seen the killer coming and he had fought him off. He injured the other man and sent him running. McGarrett also suffered a few injuries and he was going to call in when he finally answered his phone. His friend and former mentor Joe White had tried contacting him. He wanted to warn McGarrett that an assassin was on the way and so the phone call hadn’t been much help.

Only it had taken Joe a while to figure out what was happening. He had heard that three of his men from Morocco had been killed and it had put the rest of the pieces together. Joe realized that someone was coming after them and he tried to call everybody. He wanted to warn them to move their families and get themselves to safety yet he calls a mere few minutes late for McGarrett and telling his friend that there was a imminent threat hadn’t convinced McGarrett go hide. He was a Commander himself now and so he formulated a plan. McGarrett wanted to draw the assassin or draw whoever was paying the assassin out into the open. He said that that they could do that at great risk and naturally Joe was onboard.

McGarrett believed that the person that sold them out and revealed their names was former Agent Greer. Greer had been in Morocco with them and so she knew their names and also carried a grudge. Greer had sold information and became a foreign agent for the Chinese. She assisted them with finding and killing CIA officers and it would surprise no one if she was now in the business of selling out Navy SEALs. She had hated McGarrett because he was the one to take her down and she had warned him when they last talked that there were plenty of people that held what he did against him, so McGarrett knew she was the mole. She was in prison now and McGarrett went to go see her to ask her about her contacts.

Greer denied knowing anything. She tried to claim that their assassins must have heard their names from someone else, but McGarrett’s plan was about filling her in. He told her how Joe White was still alive and how he was in hiding now because of these assassins. McGarrett only told her about Joe because it was part of their plan and so he left Greer knowing she would sell that information. She told her contacts that she allegedly didn’t have that Joe was alive and so these people chased down Joe to his ranch. They thought that that would find one elderly man by himself and they didn’t know that Joe was waiting with McGarrett and their friend Cole. Cole had also been on the Morocco mission and he hadn’t wanted to go into hiding knowing that his friends were in danger.

The three guys waited for the attack and it arrived before nightfall. A militarized unit moved on the ranch and they rained heavy gunfire down on three. There was no way they could survive on their own and so it was a good thing that McGarrett’s people didn’t listen to him. He told them to keep the situation quiet and instead they hunted down the man that went after him in the kitchen. The assassin that tried to carry out that hit was Kasper Bauer. He was a German national and was ex-military. Bauer now works as a murder-for-hire and he wouldn’t have talked if the team hadn’t used his son against him. They told him that he could spend the rest of his life in a jail in the States or they could see about transporting him back to Germany where he could visits from his son.

That’s what ultimately cracked Bauer. He said that he only dealt with a lawyer and he gave them the lawyer’s name. Five-0 used that information track payments the lawyer made and it led them back to the man that paying for everything. The mastermind was Omar Hassan. The team had called McGarrett with the information and by then he needed help. His three-man-crew hadn’t ended well when Cole died and Joe received a serious wound to the abdomen. Joe was dying and before he was taken to the tree where he wanted to die – he and McGarrett wanted to know who was coming after them. Then they heard the name Omar and they realized they knew him. Omar was a kid when they went to his home and assassinated his father.

Omar had raised a weapon at them at the time and they could have killed him, but Joe chose to talk Omar and he got the ten-year-old to lower his gun. Joe and McGarrett remembered that moment and Joe said that looking back he would have made the same choices because it had been the right to do. The guys even understood why Omar came after them. He wasn’t into terrorism like his father and so he came after them out of revenge. He wanted to kill the men that killed his father and he got all save one.

Joe later died from his wounds and now there was just McGarrett that was left.

It wasn’t that much of a shocker when Greer broke out of prison. She surely didn’t want to tell Omar that she had called for the hit to be carried off on his father and so she got out of dodge while he still thought she was “helping”.