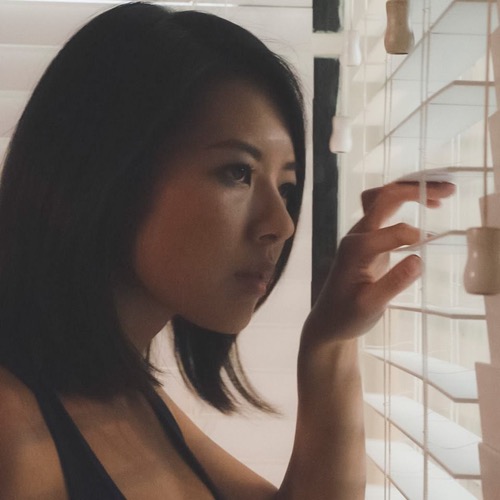 Tonight on CBS Hawaii Five-0 air with an all-new Friday, March 9, 2018, episode and we have your Hawaii Five-0 recap below.  On tonight’s Hawaii Five-0 season 8 episode 17 “Holapu ke ahi, koe iho ka lehu (The Fire Blazed Up, Then Only Ashes Were Left)” as per the CBS synopsis, “Adam’s mission to take down organized crime on the Island goes sideways when deadly chlorine gas he was using to bait a big fish falls into the wrong hands. Also, Adam begins to doubt Jessie’s (Christine Ko) allegiance.

Things were changing on the Island. There had been a new crime boss that had risen through the ranks and he or she had managed to take out the competition in one fell swoop. They had used the cops and Five-0 to put everyone in one place just so that it would be easier for them to kill the other crimes bosses, but McGarrett hadn’t liked being used and so he had created a new unit within his unit. He had enlisted Adam Noshimuri to lead this new team and so it had been on Adam to make sure that team worked out. And so he decided to use unconventional methods. Adam had gone on to enlist a newly released criminal as his first pick for his team and he had picked her because he knew she would fit right in with Hideki

Hideki was the one crime boss that hadn’t gotten rounded up and his business hadn’t suffered like the others. That meant he was either the murderous crime boss that had used the police or he knew/ worked for the murderous crime boss yet Jesse had gotten picked to infiltrate Hideki’s business because she was criminal. She could steal anything and was known in prison for keeping her mouth shut, so Hideki did what they expected. He eventually hired Jesse and she then spied on him for Adam. Adam would often follow Jesse whenever she had been given a new job because he had wanted make sure she was safe and so he usually found out things just by following her. She would steal this or that and this last time she had stolen something valuable.

Jesse had gotten set to a company called IX Chemical and, under Hideki’s orders, she had taken part in the theft of several barrels of liquid chlorine. She had had to pick the barrels and bring it to Hideki’s meth lab however she and Adam had noticed something off about this last shipment. The shipment was supposed be for ten barrels and instead there had only been eight, so the two had investigated what went wrong and it seem Hideki had a problem within his organization. His second-in-command Nemoto has been stealing from him for months and this time he had hand over liquid chlorine to an outside party. Neither Jesse nor Adam knew who these buyers were and so Adam had to report the issue to McGarrett.

McGarrett needed to know about the two barrels of liquid chlorine. It was dangerous because someone could easily use that to create chlorine gas and that could kill thousands if they didn’t find it time. So, McGarrett needed to track down where those barrels went and the only way to get answers was to bring in Nemoto. Nemoto had of course tried to deny his part and so they had hit him with the video. They had video of one of Nemoto’s partners and he readily admitted that Nemoto had told him that two barrels had gotten lost in transit, but everyone knew that was a lie and so they pushed until they eventually found evidence of where those barrels went. It had gone to a house out in the suburbs and so Five-0 raced then when it turns out they should have cautious.

The team had arrived in the house and were checking it when they came across a van that was filled with chlorine gas. The gas could be dangerous if they were exposed and so they had to play it safe even as they saw a victim in needed. The victim had actually been a part of whatever was happening that house and for some reason his team had turned against yet the victim had been found in time and so he had been rushed to the hospital where he was being treated for several conditions. His skin had been badly burned, he was in constant pain, and the gas had ended up in his lungs ensuring he would always suffer from what happened. And so the team were told they couldn’t take to him except they needed to get answers.

The victim’s name was Kevin Randall and eventually he was put in an coma for his own good though the team figured out why Randall had gotten involved in what starting to look like domestic terrorism. It seems their victim had a wife that was diagnosed with cancer several months ago and unfortunately they didn’t have insurance, so that took most of their savings and Randall had tried to find someone to talk to. He had joined a cancer support group and had met several people that were just as angry as he was at the people they blamed for spreading cancer. They had talked about suing this company and it turns out their lawyer was Odell. Odell was a good friend of Five-0 and he was willing to offer them information once he found out his client could have been a terrorist.

Odell told them that Randall and a bunch of others had wanted to sue Agrocore. Agrocore was a chemical plant and they had a facility near the homes of the victims, so Randall and the others believed Agrocore must have poisoned their land and that’s why their loved ones got sick. Except taking down Agrocore would have been like David and Goliath and so Odell warned this group about suing such a large company. He told them that the company would tie them for years in an effort to wear them down and it seems the company’s lawyer was described by the group as evil incarnate because he had been coming by their neighborhood just to intimate anyone that wanted to join the lawsuit. And so the team figured who was the target.

They had geared up and had gone over to the chemical facility only to find out the lawyer they were looking for wasn’t there. Marshall Friedken had gone to the company’s corporate headquarters for a meeting and so the team found out they were in the wrong building, but they were in luck because the chlorine gas hadn’t been as the other location. That would have taken a whole team to carry out and most of the men backed out of the plan when they saw what happened to Randall, so there had just been one guy that had wanted to kill Friedkin and he decided to do it by shooting him. And so the team arrived when he had gotten merely one shot off and that allowed them to diffuse the situation quickly.

They captured their perp and they got the lawyer to the hospital however that had been a near miss and so Adam had questions. He had wanted to know how much Jesse knew because she had avoided his calls all day and so he questioned her afterwards by going over to her house. He had wanted answers about the gap in the tapes and she had informed him in a roundabout way that she was sleeping with Hideki. Hideki was the one calling the shots and so Jesse did what she had to in order to keep her cover. And Adam hadn’t liked that. He thought Jesse was taking too much of a risk and feared she was getting in too deep, so he tried to warn her and she told him that if he didn’t like the way she did things that he could always find someone else.

So, Adam’s team wasn’t a strong as he had hoped.