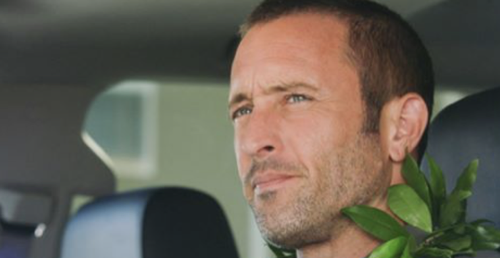 Tonight on CBS Hawaii Five-0 air with an all-new Friday, April 6, 2018, episode and we have your Hawaii Five-0 recap below.  On tonight’s Hawaii Five-0 season 8 episode 19 “Aohe mea make i ka hewa; make no i ka mihi ole (No one has ever died for the mistakes he has made only because he didn’t repent)” as per the CBS synopsis, “A hitman McGarrett’s father failed to arrest comes to McGarrett to finally confess his crimes and admit where he buried his victims. Also, Jessie makes a dangerous decision that could ruin Adam’s life.”

An older gentleman came into the station on tonight’s all-new episode of “Hawaii Five-0” wanting to talk to McGarrett about his father.

McGarrett had known most of his father’s friends. He didn’t remember his dad ever mentioning someone by the name of Leroy Davis and so he had agreed to meet Davis because he wanted to know how he knew his father. McGarrett had greeted Mr. Davis in his office and it wasn’t before long when he started in on the questions. He asked Davis if he knew his father in Vietnam or through work and Davis could only reply that their work made them cross paths. He told McGarrett that back in the seventies he sued to work for the Hawaiian Syndicate and that he had been a hitman. Davis told McGarrett all about those days and how he was able to get away with what he did because of the officers at the time had been on the taking, but McGarrett’s father was the one person that didn’t look the other way.

McGarrett’s father had confronted Davis one night because he knew Davis had killed a cop and had warned him that he would put him behind bars one day however that day hadn’t arrived in that man’s lifetime and so that’s why Davis went to McGarrett Jr. He had wanted to confess his crimes to the son of the one man that hadn’t been willing to take a bribe and so he was finally prepared to admit that he had killed Detective Jake Ozuki. Davis had even been willing to take McGarrett to the place where he buried the cop. He took McGarrett to the forest and had told him that’s where he buried six bodies. There was a total of eighteen bodies still out there and McGarrett had asked where the others, except Davis, told him to be patient and he also called McGarrett John.

Davis had thought McGarrett was his father for a short-time and there was a reason he forgot John was dead. He was sick and that’s also why he was now confessing to covering his tracks for years. Davis wanted to make peace with the past and so he was willing to show McGarrett where all the bodies were buried. He first stops had been in the forest and later he took McGarrett back to his house though McGarrett remembered the building from his childhood. His father used to pick him up from school and he would always take the route that passed Davis’s house. Davis figured John had been checking up on him and it seems John had even brought along McGarrett when he was doing so.

But, elsewhere Adam was also coming to terms with his past. He found out recently that he had a half-sister and that she was involved in what happened to Hideki Tashiro’s death yet he hadn’t expected his sister would kidnap or that she would use a FBI Agent to do it. Agent Colin McNeal had been the partner of the late Agent Fischer and had claimed that he was trying to get justice for the man that had died alongside his whole family only that had been a lie. McNeal worked for Adam’s sister and had later delivered Adam to her. It seems she had always wanted to meet her brothers and her father had never allowed it because he had been ashamed of his secret family, so he kept the girl in the shadows.

Noriko then grew up resenting him and his “real” family however she later learned that being brought up in the shadows meant no one saw her coming and so that’s how she was able to build her own criminal empire. She became so powerful that she was able to take down all of the others criminal heads without anyone pinning it to her and she ended up shooting McNeal because she knew what he did. He had been the one to plant her DNA on Tashiro’s body and she knew it was him because she hadn’t even been near Tashiro when he died. That meant someone had to plant her DNA at the scene and the only one with that kind of pull was McNeal. McNeal probably wanted to her out of the way and wanted out of the game altogether.

It didn’t really matter! She killed him and then she ordered Adam to hand over Shioma’s money. She wanted her hands on it for some reason or another and Noriko was willing to kill Adam’s family if she didn’t get that money, so Adam was willing to hand it over. He visited Jesse to tell her what was going on and what he was about to do which surprised her because she truly believed he didn’t have the money. She had nearly beat him to death and he hadn’t said anything. So she asked why he didn’t hand over the money weeks ago and he told her that his father left debts to people he was still paying off. They were fine to wait as long as they knew he could pay off the debt easily and so taking his money out of the “Yakuza Bank” would alert his enemies.

Adam just hadn’t cared. He was willing to die if it saved his family and so he got the money, but it put it in the bank of Jesse’s car and she drove away with it. She said she wasn’t going to accept the price on her heard and that the money could help her start over except there was no running with Noriko’s money. That money became the crime boss’s the second she wanted it and so Adam had tried to warn Jesse that his sister will kill her if she ran away. Jesse thought that if she started over that it would stop Noriko and so she hung up on Adam. And he had later asked his friends to track down her car, only they found Jesse dead in the front seat and all that money was gone. Now that could have been Noriko or any of the other people Adam owed.

Adam had lost control of his investigation before he could even get it off the ground and so he hadn’t been in the right mindset though McGarrett had found peace. He had ensured that Davis brought to each and every burial site. Then he asked the question that had been bugging him. He asked Davis why Davis hadn’t killed his dad for keep going after him and Davis there had been only one time when he was willing to kill someone without getting an order. It had when been John came across his burial ground and almost caught him burying another body. Davis had been willing to kill him until John received a phone call that night saying his wife was in labor and so McGarrett being born had saved his father that night.

McGarrett also learned that his father visited Davis every few months making sure Davis didn’t forget the cop he killed had a family. His father had never given up on wanting to take down Davis or get justice for the families and so McGarrett got to finish what his father started.