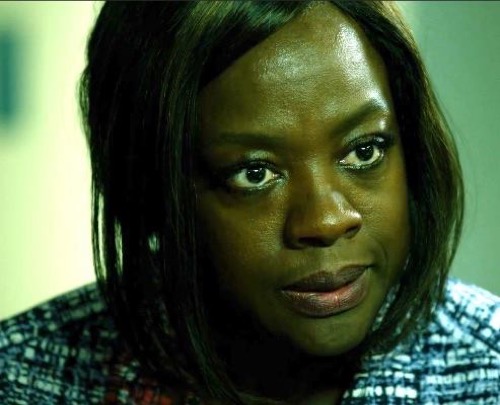 Tonight on ABC their hit drama How To Get Away With Murder (HTGAWM)  airs with an all-new Thursday,  January 18, 2017, episode and we have you How To Get Away With Murder recap below!  On tonight’s HTGAWM season 4 episode 9 as per the ABC synopsis,  “As a police investigation gets underway after Simon’s accidental shooting, the “K4” deal with a new set of obstacles. Meanwhile, a distraught Annalise finds herself in an unimaginable situation as Laurel and her baby struggle to cling to life.”

The police call for back-up to the Easton. At the hospital, Annalise watches as they take the baby away and Laurel. Annalise calls Connor. She tells him she found Laurel and her baby. Connor tells her about the shooting.

Connor shows up at Nate’s Asher is in jail. Frank arrives at the hospital. He tells Annalise he doesn’t know what happened. Frank tells the doctor he is the father of the baby. They are all stable for now. Human Services shows up. They want to talk to both of them. They question them separately about Laurel and the baby if she did drugs. What her state of mind was. Annalise sees Mr. Castillo go into the NICU.

Annalise announces that she is Laurel’s lawyer and they cannot keep Frank from seeing her. They comply. Human Services hands Annalise the files. She goes through them in the waiting room. It states that Laurel has Bipolar disorder, cocaine in her system and drugs were the cause of premature labor.

At the police station, Asher loses it and they all fall apart. They all detail how the accident went down, keeping their stories aligned. Bonnie shows up at the scene and asks why they are treating it like a crime scene. The cops tell her it is Annalise Keating’s building so something bad must have happened.

Annalise calls Isaac to the hospital. When he arrives she asks him to go in and do an evaluation on Laurel. He tells her he cannot. She doesn’t care. He will do it or she will report him for gross misconduct.

Laurel wakes up as Frank and Isaac arrive. She wants to know why the baby is. She starts to panic. Frank explains that the baby is fine but her father is here too.

Annalise demands another drug test be run on the baby and Laurel. Human Services tell her it is too late. Mr. Castillo is transferring the baby to another facility. Annalise runs after Castillo and begs him not to take the baby. Annalise leaves. Meanwhile, they restrain Laurel. Annalise is also restrained when she yells out to everyone that Castillo is going to hurt the baby.

Isaac argues with Human Services as Laurel lay restrained in bed. Meanwhile, Bonnie asks Oliver where the hard drive is when it is just the two of them in the room. It is the one thing that can incriminate them all. Bonnie lets Oliver go. He hugs Connor who poses as his lawyer.

Annalise comes back to the hospital to see Laurel. She details the call she received the night before from Dominick, warning her that her father knows she is pregnant.

Bonnie arrives at the hospital with Laurel’s bag, but no drive. Isaac asks Annalise to talk outside. He tells her that maybe Laurel is having trouble. She did go off her meds.

Asher arrives at the hospital. He tells them Simon is alive. They all start fighting. Simon can expose their lies.

The next morning, Annalise shows Laurel a picture of her baby. She cries. Laurel knows what they can do to get the baby back.

In the parking garage, Frank strikes Dominick from behind as he is on the phone trying to track down Oliver.

Laurel wants to call Dominick, but Frank has returned after torturing Dominick and killing him. When Laurel calls Dominick’s phone it rings in Frank’s pocket.

Oliver begs them all not to touch Simon. Frank finds a voicemail on Dominick’s phone from Christophe.