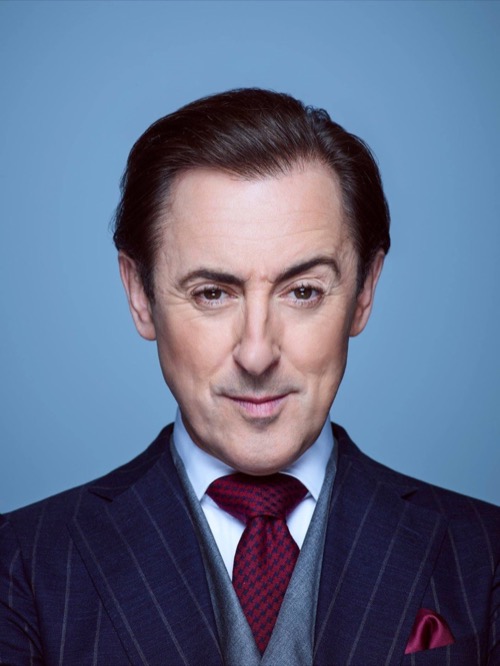 A man named Sebastien arrives at home and a woman named Norah is at the door to drop off a new partnership proposal. He says he is happy to take a look at it again but he cannot extend the repayment deadline again and he is sorry that she and Roman are losing their business to him. Later, Sebastien is jogging and he talks to he is talking to his wife on his cell phone when someone shoots him with a bow and arrow. Meanwhile, Dr. Dylan is teaching a class about normal vs. abnormal when he calls out a guy named Cory who is taking notes on his computer but Dr. Dylan doesn’t think he is really paying attention to him.

Dr. Dylan makes a joke about throwing him out of the class but lets him stay in the end. Sgt. Harris and Lizzie are on the scene of the crime and both have never seen anything like it and find it is strange; there was no weapon left. Lieutenant Jasmine arrives on the scene, she wants to know why Lizzie is there, she is on medical leave since being shot. Jasmine reminds Lizzie that she is her boss and that she will have a partner in this case, she suggests Dr. Dylan because he can help with this strange case.

Lizzie and Dr. Dylan go to see Sebastien’s wife, Selena, and tell her they are just as anxious as she is to catch her husband’s killer when Norah rushes in and hugs Selena. Norah tells Lizzie and Dr. Dylan that Selena needs some time and they should do this later, they agree. The sample of the thing in Sebastien’s mouth came back and it was bread. Lizzie tells Dr. Dylan that she got some information on Norah, not only was she Selena’s friend, but she and her husband were in debt to Sebastien and it was bad, they had a week to pay or they would lose their restaurant and 40-acre farm.

Dr. Dylan and Lizzie visit Norah’s husband, Mr. Crochino to ask questions, they also meet the executive chef, Haley. Haley tells them that she was not a fan of Sebastien, he liked to throw his weight around. Dr. Dylan is home, he helps Andy move things around in their office. The next day, Lizzie is with Dr. Dylan and tells him that Haley was hiding a record, she was arrested for assault two years ago and there is a restraining order against her, filed last week by Sebastien.

Haley tells Lizzie that the restraining order was pulled. Lizzie feels like her alibi is weak. Dr. Dylan goes to see Julian, he asks if he knows about a cartel that would shave a man’s head when they kill him. Lizzie is back to see Dr. Dylan, she rushed the lab report, the bread has the same wheat as Crochino’s bread and the metal fragment is from an old Apache arrowhead, his instincts were right.

In fact, Norah’s family has a vintage weapon collection and she was a junior in archery. Lizzie and Dr. Dylan head to the farm, they meet up with Norah and she tells them about her knowing Roman since they were kids, Dr. Dylan picks up on the fact that her marriage is on the rocks. Norah tells them she has a place in the city, they are together amicably. Norah invites the two in for ice cream.

Inside the house, they see the collection. Lizzie wants to take some samples and Norah tells her that she just cleaned them all and only her prints would be on them. Dr. Dylan notices that the arrow is missing. Dr. Dylan gets info from Julian that Selena needed her husband dead to gain his fortune before their fifth wedding anniversary. Meanwhile, Lizzie wants to keep Haley as a suspect because of her rage. There is a call that there is a disturbance at the restaurant, Lizzie, and Dr. Dylan head there and find Haley murdered.

The next day, Lizzie and Dr. Dylan head back to the farm to talk to Roman – they tell him what happened, he says he was birthing a calf all night. Lizzie and Dr. Dylan meet with Selena and asks if she or her husband were involved in business in Columbia. anything that would require the use of burner phones. Selena tells them that she and her husband were involved in adopting a child from Columbia and they were using burner phones to protect her identity. Selena goes on to say that her husband was her white knight, he saved her. Dr. Dylan and Lizzie leave Selena. Dr. Dylan tells Lizzie that they should be looking for someone who thinks that they are a savior and will protect someone they love at all cost and the only person they have met who fits that profile is Gwen, Roman’s farm hand. They question Roman and he says she is like family.

Lizzie and Dr. Dylan go after Gwen, Dr. Dylan finds Norah in the barn when Gwen comes in. Gwen has a weapon in her hand while Lizzie tries to save Norah. Dr. Dylan tries to talk Gwen out of hurting anyone else. Norah escapes with the help of Lizzie just in time for Dr. Dylan to jump Gwen. All physical evidence is recovered, Gwen was the killer.

Dr. Dylan and Lizzie agree they should be partners.