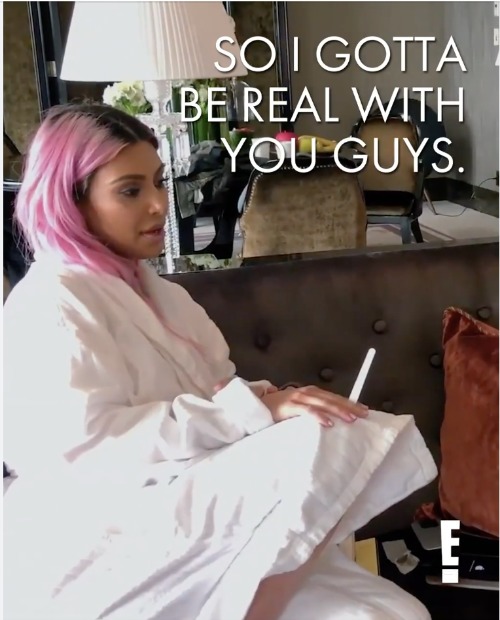 Tonight E!’s most-watched series Keeping Up With The Kardashians (KUWTK) returns with an all-new Sunday, October 9, 2018, season 15 episode 9 and we have your KUWTK recap below.  On tonight’s KUWTK season 15 episode 9 called,  “The Kardashians Take Japan” as per the E! synopsis, “Kim scrambles to shoot an entire Yeezy Season 7 campaign while in Japan, but worries that her sisters’ questionable fashion sense might jeopardize the debut of the line. Meanwhile, Kris gifts her best friend with a face lift, but worries she might have offended her in the process.”

The family may argue and sometimes they’ll say things they don’t mean, but they do love each other and try to support each other on tonight’s all-new episode of “Keeping Up with the Kardashians”.

Kim was going to Japan for business. She was assisting her husband with his Yeezy campaign and thought why not debut this latest season in Japan. Japan has got this cool vibe. Kim knows that and she was hoping to tape into that scene while she was there though Kim wasn’t going to be working the whole time and so Kim’s family decided they could go with Kim. They said they were going just because they had never been when really they were going to offer morale. Kourtney and Khloe had wanted to be there for Kim and that’s why Khloe even checked with her doctor to see if it was safe to travel. She was at the stage where everyone would say she was very much pregnant and its not like this pregnancy has been smooth sailing for Khloe. Khloe has had problems in the past and she still wanted to go to Japan with her sisters.

Luckily, the doctor cleared her and so Khloe was able to make the trip, however, things hadn’t gone as planned. The sister had flown to Japan and they had loved being there at first because everything was new to them. They enjoyed taking in the sights and they had loved their hotel. So the problem came when Kim began taking photos. Kim was taking picture of herself wearing a bunch of Yeezy clothes as part of the campaign and she was proud of what she was doing until her sisters joined her. They had been wearing outfits that they wanted to wear and that they thought was nice. Kim was the one with the problem because she thought her sisters’ outfits were clownish and she said they were taking being a geisha too far. She hated that Kourtney wore blue eyeshadow with her outfit and she hated that Khloe was in sequins with chandelier earring.

It also safe to say that Kim hated Khloe’s eyeshadow as well because her beauty team had put it some yellow and some green, but again the real problem had been Kim. Kim had said that she couldn’t take pictures anymore because she hadn’t wanted her sisters to be the clowns in the background and so she steamed over dinner before she finally told them what she thought. She told them that she thought they ridiculous and that she had been embarrassed to be seen with them. Kim also added that she could help them not be embarrassing and that maybe they should start with the sisters becoming relevant. Khloe hadn’t said anything because it hadn’t bothered her and so that one that seemed offended was Kourtney. Kourtney thought Kim was being too much and she hadn’t said anything in the moment because she thought it would die down.

Only Kim still hadn’t finished with the campaign. She was taking photos for her husband’s collection and it was often difficult because Kanye hadn’t gone with her. Kim was just working on her own and checking with him after the photos were over yet he had had a few problems with some of the photos. Kanye had a hard time with letting things go and he was very sensitive when it came to his collection. He wanted to control everything and often Kim would run every little thing past him. They were going back and forth for a while as everyone was in the car together and none of the others had said something or told Kim to move it along. They had simply waited for Kim to get off the phone so they could continue with their trip and no one noticed that Kim became ruder as time went on.

Kris hadn’t had that problem. She didn’t go to Japan with the others and chose to stay home in order to spend time with some of her oldest girlfriends. Kris’s friend Sheila has been feeling a certain way about getting older and she’s been worried about her face. Sheila had asked Kris if her face looked old and it hadn’t to Kris though Kris had felt so bad about her friend feelings like that she decided to do something. She booked Sheila in for a plastic surgery as a surprise gift and, when she found out, Sheila had been so happy. She had gone with Kris and they other girlfriend to the doctor together and the whole time Kris had been supportive of her. Sheila had been given a special blanket for the hospital and once she was in recovering there was never a time that Kris hadn’t checked in. Kris said that Sheila was like a sister and that’s how she treated her.

Meanwhile, Kim had finally gone too far. She shot outfit after outfit down for Kourtney and she also said that her sister could be the new thing, but that she was dressing like an old lady and was fizzling out before she had even given herself a chance. Kourtney could have clapped back and she chose not because she could always complain about the glam team. The team had also been offended when Kim had gone off and they all thought she was rude. They had been sick of her by the time they were wrapping up the photos that Kim had sensed it. She had gone to Kourtney afterward and had said that usually if she ever went too far that Kourtney would just return fire and so she didn’t get that Kourtney was trying to find a better of way of expressing herself. When she had talked to Kim, she said it was Kim’s tone more than anything that offended them all.

Kim had seen herself as a straight shooter and so she hadn’t known that she had been coming on too harsh. She later went with her sisters and the glam team to dinner and they told her what the problem was. They said Kim hadn’t given them constructive criticism where or offered them any advice. She had just come out them saying that this and that was wrong when they put effort into what they do. So it dawned on Kim that there was a better way of doing things and so she was apologetic – to a point.

There will never be a moment when Kim said if they hadn’t liked how she does things then they shouldn’t have come to Japan.