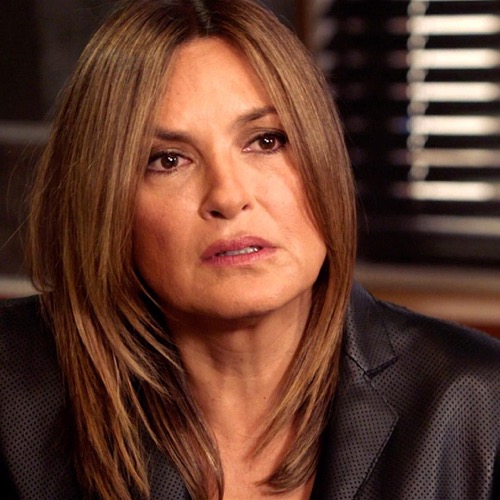 Tonight on NBC Law & Order SVU returns with an all-new Thursday, November 01, 2018, episode and we have your Law & Order SVU recap below. On tonight’s Law & Order SVU season 20 episode 7 called “Caretaker” as per the NBC synopsis, “The cops wrestle with an unthinkable crime when a family is murdered in their sleep.”

The police were called when the neighbors noticed that the little boy that lived next door had been stabbed on tonight’s all new “Law & Order: SVU”.

The little boy was Charlie Mill. He was rushed to the hospital where he later died however he hadn’t been the only victim. Both his father and his sister were both stabbed as well. They had died in their beds and so no one would have suspected anything if Charlie hadn’t dragged himself out of bed to go find his mother. His mother was a lawyer and she needed to be notified in person that her whole family had been murdered. Carisi was the one that went to her office and he held her when she broke down. Anna Mill thought it must have been a robbery because why else would someone target her family and there wasn’t any evidence of a robbery. There was no force entry and there were laptops as well as jewelry still at the house.

The police believed that whoever targeted the family was invited in. They asked Anna about enemies and she said there weren’t any. Her husband was a writer that worked from home and he was the one that picked up the children when Dolores was busy.  Dolores Alverez as it turns out was the nanny. The same nanny that was supposed to be working that day and so the police went looking for Dolores. They checked her apartment and found her bloody clothes as well as a knife that was still wet from having been washed. The police then asked around to see if Dolores had any family and they learned she had a brother named Emilio. The detectives went to go talk to Emilio and as they were talking they saw the door that he was trying to hide.

Emilio had been doing his best to hide his sister. Dolores swears she didn’t do anything and that she was only hiding because she knew she would blamed. The nanny claimed that she went in to work like it was a normal day and that she had made breakfast, only no one came down to eat and so she went up to check on them. She said that’s how she found them family all brutally stabbed and that she had tried to shake them to see if they would respond. They hadn’t and so then she realized that it was her DNA on the victims and even the knife. Dolores claimed she took the knife because she didn’t want to be blamed for what happened and she said that’s the only reason she hadn’t called the police.

Only Benson and the detectives investigated Dolores. She kept a diary in which she claimed Anna didn’t deserve her husband or her kids and they were reports from people that knew the family who all said that Dolores was especially close to the husband. The police thought Dolores could have turned against the family if she found her feelings weren’t returned or if she had an affair with Julian Mill and he decided to call it quits and so they went about proving their theory. They investigated Dolores and the Mill family. They found out that the husband did have an enemy. He gotten into an argument with an old friend of his because they entered an agreement and then Julian back out of it because of money problems. And so the cops looked into the money problems.

They learned that Julian Mill did have money in a side fund. The fund was reportedly from consulting firm that he owns and its one and only client was Anna’s law firm. The cops checked with the law firm and they hadn’t known what Anna was doing. It seems she had been stealing from clients using a dummy fund that she set up and the cops weren’t even sure Julian knew about it. He was never in contact with phony company or had accessed to extra cash. That had all been Anna! The cops looked into her to see if maybe she had owed people money and someone decided to get revenge by killing her family though they later found bloody shoes in Anna’s trash at work and so they questioned if she killed her own family because she was a woman. They wouldn’t have doubts if it had been a man that had a murdered family and bloody shoes in his trash. They only questioned it with Anna because she was the mother and no mother should have been able to kill her children.

They asked Anna to come in. They wanted to ask her about her shoes that she had tried to hide and they showed her what her son had been wearing when he tried to go for help. It was seeing Charlie’s things that got Anna to confess. She told Benson that she killed her family. Anna said she had to do it and so they asked Dr. Abernathy to interview her. The psychiatrist was asked to assess Anna and what the doctor learned was that Anna was a Family Annihilator. The doctor later told the police that Anna knew she was going get arrested for stealing money from her clients because her firm had come under audit and so Anna had killed her family because she thought that they wouldn’t be happy without her.

That’s why Anna did it! She thought her family couldn’t possible have go on and be happy if she wasn’t around. It was why she killed them and then thought she was saving them. Anna warped things in her own mind to justify what she did and neither Benson nor ADA Stone wanted her to get away with it. They built a compelling case detailing all of Anna’s transgressions including planning the murders and still feeling justified about going ahead with it. The defense claimed that she was not guilty by reason of insanity or mental defect and that only partially worked. The jury hadn’t wanted to believe that a sane woman could have murdered her children and so they found her not guilty for the murders of the kids. Except they found her guilty for the murder of her husband.

It was on easier on the jury to find her guilty of that and so Anna would have spent the rest of her life behind bars because of her crimes, only she later killed herself in her cell.