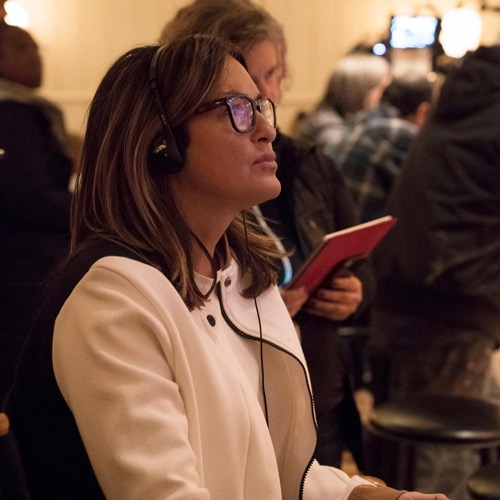 Tonight on NBC Law & Order SVU returns with an all-new Thursday, November 15, 2018, episode and we have your Law & Order SVU recap below. On tonight’s Law & Order SVU season 20 episode 9 called “Mea Culpa” as per the NBC synopsis, “Stone takes his own case to trial when a woman from his past accuses him of sexual assault.”

Stone’s drinking had been out of control ever since his sister died, but on tonight’s all-new episode of “Law & Order: SVU” he had been trying to slow it down some.

Stone had just finished closing up a case and he hadn’t gone to drinks with the detectives because he knew he was partying a little too hard. He took a good look at himself and thought he could do better. So he was about to get food from a truck when a woman approached him. She remembered him from his baseball days and wanted to take him out for a drink. Stone hadn’t thought much of it and he even suggested where they could go for that drink however not long after they both arrived he was confronted by another woman who claimed he raped her. The woman slapped Stone and walked off before he could learn her name much less ask her to explain herself. And so Stone hadn’t known what to do.

Stone thought his best chance at finding what happened would be if he talked to Finn. Finn was a friend and he knew that he could be depended on for help yet first Stone had to tell him everything and that includes the part where he did remember this woman. He said that he had been in NYC for a baseball game and that he had gone out drinking with people on the team when he met the woman. She had a few drinks with him, went back to the hotel room, and the next morning she told Stone she wanted nothing to do with him. Stone forgot about the encounter until he was slapped and it knocked some memories loose. He had thought that he must have said or done something wrong back then, only he never thought rape.

Stone was sure he never raped a woman. He wanted Finn’s help in figuring out everything that happened that night and so he put the detective on finding this potential victim. They knew that she was at a sports party and some of Stone’s contacts had people that knew people. It eventually led them to Sarah Kent. She was the woman claiming rape and she refused to talk to Finn. She said she didn’t want to talk about it and that the detective should never come back to her house. Sarah was married now with a kid and she didn’t want to discuss what may or may not have happened. She seemed like a woman that wanted to put the traumatizing situation behind her and so Stone came to have doubts about what happened.

Stone dealt with victims of sexual assault every day. He knew that more often than not they didn’t want to go through with an accusation and then a trial because they didn’t want to be ripped apart on the stand and so seeing another case like that made Stone realize he shouldn’t have gone to Finn – he should have gone to Benson. Benson could open an official investigation and that’s what Stone wanted. He wanted the answers no matter what they turned out to be and so he was leaving the investigation to SVU. They could use all of their resources to finding out what happened and unfortunately the squad had a hard time imagining a rape occurred. They didn’t want to believe that of their friend and at the same time, it was at the back of their minds that maybe it did happen.

Carisi believed Stone. He wasn’t alone in his belief however he and the others got over it. They knew they had a job to do and they carried it out. Benson went to talk to Sarah and, as she was talking to her, Sarah’s husband came home. Gary hadn’t known about the rape and that’s because he had been in an on again/off again relationship with Sarah when she was allegedly assaulted. She told her husband everything when he began asking questions and him more than he wanted to press charges. With it being official, the detectives had to take down Sarah’s official statement. She told them that she had gone to the party where the Mets hung out because she was a huge fan and that she met Peter at the party.

Sarah claimed that they both drinking. She got so drunk that she went with Peter and there had been someone else there at first, but then it became just the two of them and that she hadn’t wanted sex. Sarah says that’s when Peter stopped being nice and became a different person. He became aggressive with her and raped her. She described a rape and Benson believed. Benson decided to pursue the case against Peter and Peter went to a bar because he had been so angry. He had been drinking when Sarah’s husband Gary confronted him and pulled a gun on Stone. Stone was taken hostage as Gary demanded that everyone leave the bar and Gary began with the questions once it was all cleared out.

Gary demanded to know everything that happened. He wanted to hear Stone admit that he raped Sarah and Stone was never going to do that. It didn’t matter how many times Gary waved that gun around – Stone wasn’t going to confess to something he didn’t do. He tried to play for time until the armed response unit arrived and they got Gary to put the gun down as well as turn himself in by letting him speak to his family. His wife and daughter told him they loved him and that he shouldn’t hurt anyone because they need him. Gary was still arrested for pulling his gun on Stone though Stone didn’t want to press charges. And so it was something else that had caught Carisi and Benson’s attention.

Benson remembered that Sarah said she was going through a rough patch with Gary when she went to a party for the Mets and that part of her story wasn’t corroborated by her husband. Gary said that he revered his wife and that he hates himself for being on a golfing trip when she was supposedly raped. So the detectives didn’t know which was it – were they together or weren’t they. Another thing the detectives wanted to ask Sarah was who was the father of her daughter Emma. Emma was born eight and a half months after the alleged assault and the detectives didn’t think Gary knew that. If he did then he probably would have killed Stone and so they went back to talk to Sarah. Sarah was asked what really happened and she told them everything.

Sarah and Gary were going through a difficult time because they couldn’t get pregnant and then she went to the party and the after-party. She was so drunk that she didn’t know what happened and she woke up the next morning naked. It had only been Stone left in the room and so she thought her rapist was Stone. Only Stone’s friend had left by then and so they questioned the friend. He proved he was willing to lie for Stone and commit perjury, so Benson asked him what else would he be willing to cover up. It turns out Stone’s friend had raped Sarah after she passed out and that’s why she couldn’t remember anything. And why Stone knew he couldn’t have done it. And fortunately for everyone, Gary was Emma’s father and so that had come as a relief to Sarah who now knows her rapist hadn’t fathered her daughter.

And Stone got the best reason in his life for why he should give up drinking.