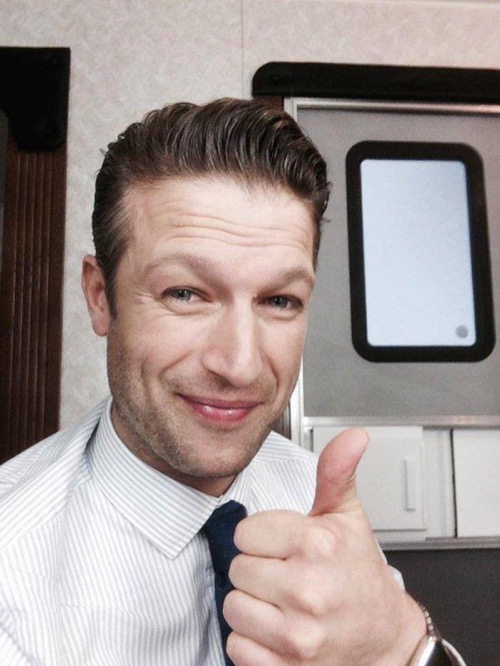 Tonight on NBC Law & Order SVU returns with an all-new Wednesday, February 28, 2018, episode and we have your Law & Order SVU recap below.  On tonight’s Law & Order SVU season 19 episode 14 as per the NBC synopsis, “A doctor arrested for sexually abusing his patients is set free after Cassidy’s testimony causes a mistrial.”

Liv is attending a court case for a Doctor West who has been brought up on charges of molestation. Brian, the officer involved, takes the stand. He begins to get angry before he erupts. The judge calls a mistrial. All of the families are in disbelief.

Liv and the new DA head to visit the victims. All of them aren’t willing to go through a new trial. The DA is disappointed, but Liv stops him from talking, telling one of the victim’s mothers she will check back in on them after everything settles down.

Liv gets a call. She arrives at a pub where Brian is drunk and angry. He tells Liv she is little Miss Perfect. She tells him to go home, but he won’t budge. She tells the owner of the bar to call him an Uber.

Liv wakes in the middle of the night to banging on her front door. It is Brian. He is hurt and bleeding. She lets him in. The next day, Amanda picks up Noah to help Liv out. She brings him to school. She sees a pair of men’s boots while she is at Liv’s.

Carisi and Amanda are called to a murder scene. It is the home of Dr. West. He is dead on the floor after being stabbed more than 10 times.

Liv is talking with Brian. He swears to her he didn’t kill the doctor but he did go over there. The front door was open. Someone hit him in the head and he was knocked unconscious.

Liv heads to the precinct. Amanda tells her that Homicide has taken the doctors case away from them. But they do have crime scene photos. Liv looks at them in her office. Amanda comes in and asks her what is going on. She brings up the boots. Liv admits they are Brian’s and tells her what happened. Amanda cannot believe Liv would even hear him out, let alone help him.

Liv tells the team that she wants to continue working the West case. Carisi and Fin head to one of the victim’s house. They question her and her family’s whereabouts. They learn she received an envelope under her door with $5k in it and a note asking them not to return to court. Now that West is dead she plans on using it.

Peter shows up to see Liv. He wants to know why she is still working the case when Homicide has it. Amanda gets angry and goes to Liv to see Brian. She wants to know what he plans to do. Is he really willing to ruin Liv’s career? She tells him to turn himself in if he ever cared about Liv.

Homicide meets with Peter. They have a video of the street outside West’s home and Brian is in the video. Peter goes to see Liv. Just as he begins questioning her, Brian shows up. Peter puts him in a room for interrogation. Detective Holiday from Homicide questions Brian. He wants his lawyer. Peter comes into the room and tells the detective to take Brian in for murder.

Homicide report back that West had fish on him. He may have been killed with a bait knife. Fin and Carisi head back to one of the victim’s homes. She tells them that her son goes fishing from time to time with a male family friend. They go to see him. His bait knife is missing. They take him in. Liv stays behind and talks to the kids and their mom. She sees the victim’s brother playing with a fidget spinner, it is missing a piece, a piece that was brought into evidence. They take him in.

Peter talks to the brother Reggie. He confesses that he was also molested by the doctor and he didn’t protect his brother so he killed West.

Brian meets with Peter and begs him not to fire him. He also asks him to help Reggie. He knows what it is like. Liv doesn’t know. He was molested by his Little League coach. That’s why he left SVU.

Outside, Brian runs into Liv. He tells her he asked Peter not to fire him. He also tells her that he never meant to get her into trouble in the past with Noah. He didn’t know she was under investigation. He would never hurt her. She was the love of his life.