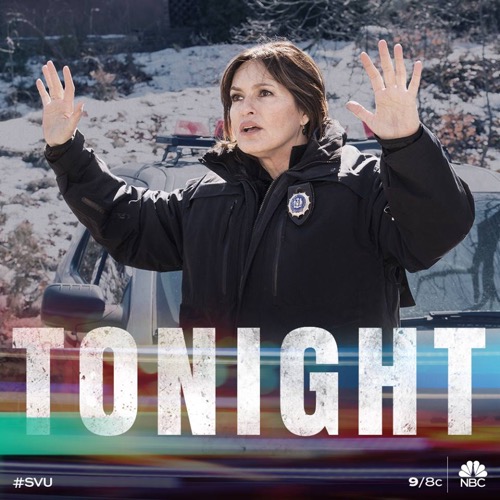 A young girl escapes from a home. She is pale, scared and has to adjust her eyes to sunlight. She hops on a train and locks herself in a bathroom. Fin and Amanda are called to the scene. The girl won’t talk and she is scared. Amanda talks to her but she backs away. Amanda offers her candy for her name. She tells them her name is Esther. She keeps reciting quotes from the good book. Amanda asks her about her parents. She is scared.

At the hospital, Esther wants food. She is malnourished. They discover that she has been assaulted. Liv wants to talk to her. The team thinks she has made a connection with Amanda. Amanda brings her a pizza. They sit and talk.  She admits she is scared of her dad.

Liz and Amanda talk. DNA on Esther comes back. She has been sexually assaulted by a brother or an uncle.

Fin gets video footage of the train station and sees a boy who comes running after her. He has a jacket like hers. Fin goes to the local store that sells them and gets a name. Back at the station, Esther’s father shows up. He tells them he is from New Jersey. He wants to take home his daughter. Liv tells he cannot. He tells her that his daughter is 27. He found her laying with her brother. He paddled her. But they are a law-abiding family. Esther tells Amanda she wants to go home.

The team meets. There is nothing they can do to keep her in custody. Amanda is angry. She begs Liv to stop the father, but Liv cannot do anything.

Amanda asks for some time off. Liv knows she is headed to NJ to check out Esther’s family home. They moved months ago. There are scriptures on the wall and a dead rabbit inside. A neighbor gives her their forwarding address. She tracks them down to a bowling alley. They have all dressed alike. Esther sees her and smiles but doesn’t say anything.

Amanda asks the neighbors about the family and what they have seen. One share that they are never outside. They stay up all night. He has seen them marching back and forth inside.

Amanda breaks in. There are stacks of things everywhere. A young girl tells her mom she is hungry. She is crying. She sees Amanda and starts to panic. She is chained to a radiator. Amanda tells her it is OK. Esther comes in the room and tells Amanda she needs to go quickly. Seconds later their father shows up with a shotgun. He points it at Amanda. She backs her way out of the house.

Liv in the team surround the house. Liv speaks through a megaphone to the father asking if the children are OK. He does not respond so Amanda tries. The father brings himself out with Esther. Esther tells them she wants to leave but the father takes her back into the house. The police have decided to make their way in to get the younger children. They throw a smoke bomb into the skylight. Some of the family come out except for the father who begins shooting a shotgun at them along with a couple of the sons. He surrenders after so many shots are fired and comes out with blood-red hands. The team goes inside and discovers several siblings dead. Esther is among them.

At the station, the wife tells admits that she knew it was all wrong and that she was scared to leave. Meanwhile, Fin and Amanda interrogate the father. He calls himself a good father who taught them discipline. Amanda gets in his face and throws a chair. Liv pulls her in her office and tells her she was the one who fired the bullet who killed Esther. Amanda breaks down.

The next day, Amanda goes to church.