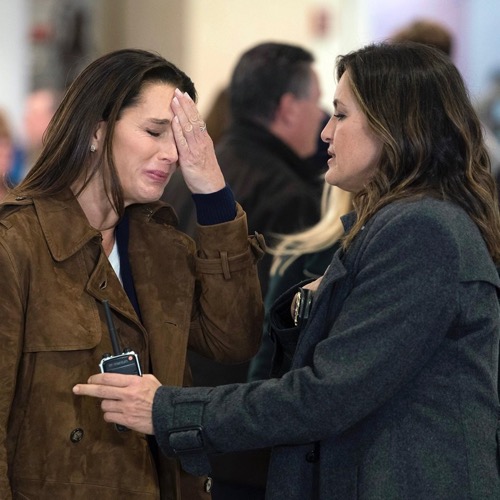 Tonight on NBC Law & Order SVU returns with an all-new Wednesday, January 3, 2018, episode and we have your Law & Order SVU recap below.  On tonight’s Law & Order SVU season 19 episode 9 as per the NBC synopsis, “Emotions run high as the SVU squad embarks on a frantic search for Benson’s missing son.”

The show opens with Shelia calling Olivia to tell her Noah is missing. She and Finn race to the mall and lock it down. Rollins and Cressie along with several uniformed police officers join in the search of the mall. Noah had just tried on a coat and Shelia turned to get another coat off a rack and he was gone. Olivia is certain that someone took Noah. He would not have wandered away. Dodds calls Finn and tells him Olivia needs to be removed from the case. She is too close and could make a mistake. She refuses. She and Shelia head to Shelia’s house to see if Noah walked home. He isn’t there. Finn gets a tip from a woman who thinks she saw Noah leave the mall with a Hispanic man. A video from the parking lot shows Noah get into the back seat of a car with a man.

Noah left the mall willingly with the man and he had a car seat Noah’s size. Neither Olivia nor Sheila recognize the man. They get the license plate from the car. Rollins finds the car abandoned in the parking lot of a bus station. She calls Olivia at Shelia’s house with the news. Olivia breaks down and Shelia comforts her. Rollin and Cressie interview the ticket worker and she tells them which bus Noah and the man got on. There has been an accident on the highway and the bus is only 10 miles away. Rollins and Cressie head out and find the bus but Noah isn’t on it.

Finn interviews the car salesman who sold the car to the man who took Noah. He said all he cared about was if the car seat would fit in the back. Barba shows up at the station and tries to comfort Olivia. Finn finds the box from the car seat and traces it back to the store that sold it. Cressie interviews the sales lady and she says the woman who bought it said her name was Sheila Porter. The team rushes to Shelia’s apartment but Shelia is gone. She took Ellie’s picture with her. Olivia is sure she is never coming back.

The team tells Olivia that Shelia’s bank account is empty, her cell phone is off and she hasn’t used her credit card. The next scene is of Shelia and Noah having lunch in a car. He asks to call his mommy and Shelia dials the phone but tells him she didn’t answer. She tells Noah to say “hi” on the message. Olivia tells Barba it is all her fault. She should never have trusted Shelia. As they talk Olivia remembers the name of Shelia’s lawyer. Barba goes to talk to her. She tells him the name of the private investigator but asks that he keep her name out of it. Finn interviews the PI and he says he thought Shelia was up to no good when she asked him to get fake passports for her and Noah. He refused but he might know someone who did help her, Juan.

Rollins and Cressie go to Juan’s house and arrest him. Shelia and Noah are shown walking by a river talking about the trip they are about to take. Noah seems happy and excited. Finn learns that Shelia’s sister owned a cabin that she left to Shelia when she died. Rollins and Cressie start to rough up Juan to get him to finally talk. He tells them that Shelia took Noah to his cabin. Cressie and Rollins go there but it is empty. Shelia lied to Juan to get his help. Olivia heads to the cabin Shelia’s sister owned and finds Shelia and Noah. As she walks in Shelia hits her in the head and takes her gun.

Shelia tells Olivia she isn’t going to let her take her baby away. She tells Olivia Noah is her blood and he shouldn’t be raised in that horrible, dirty city. Noah runs into the room and into Olivia’s arms. She rushes him out the door. Olivia and Shelia struggle and Shelia collapses into her arms crying that she can’t lose her baby again. Shelia is arrested and Olivia and Noah head home. Barba came to Olivia’s house and joins Cressie, Finn, Rollins and her daughter as they play with Noah. Olivia looks at them all and smiles.