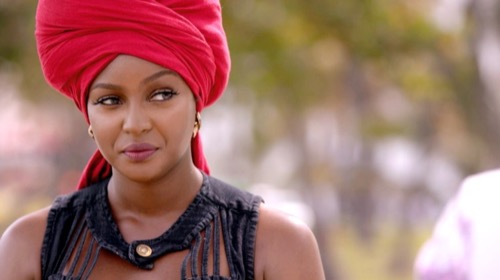 Tonight on VH1’s hit series Love & Hip Hop Miami premiere with an all-new Monday, January 15, 2018, episode and we have your Love & Hip Hop Miami recap below for you.  On tonight’s season 1 episode 3, “Hey Stranger,” as per the VH1 synopsis, “Veronica brings a surprise guest to meet with Amara. Prince’s nightlife takeover hits a snag. Jojo deals with family turmoil. Bobby and Jeffrey work on their relationship. An old friend pops up on Pleasure P.”

This week on Love and Hip Hop Miami Bobby is out with his boyfriend Jeffrey. He is still upset that his cousin Trina won’t support his music, but the two are out having dinner. Jefferey tells him “I need us to spend more time together because this is my first openly gay relationship. All the others have been on the down low and kept a secret.” Bobby asks him “You want to know how much I love you?” Jefferey says “Yeah.” Bobby sings for him and Jefferey laughs.

Pleasure P is hanging out with the rest of the guys from Pretty Ricky, He apologizes to them for the incident with Shay after the concert. Baby Blue tells him “You know it’s not my style to call a woman out of her name. but she needs to calm down.” Pleasure apologizes again and they move on. He tells them about the return of his ex-girlfriend Gabby. Blue tells him “Gabby abandoned you and Shay held you down when you had nothing.” Pleasure thought about that. He tells them “I know. But Gabby is the one that got away.”

Michelle Pooch takes her friend Malik to Simply Jess’ event. He is a gay promoter. Michelle asks him “How do you expect me to find a man in my life with you hanging around?” Malik tells her “You are my guard to people finding out that I’m gay. I’m not ready to be out and rainbow.” Michelle tells him “You don’t have to be rainbow to be out and proud. I don’t want you to change who you are.”

Prince is out at a party networking and his girlfriend Liz is blowing up his phone. His friend tells him “She has you under lock.” Prince laughs as his phone continues to buzz. He has 35 missed texts and 20 missed phone calls from his girlfriend, but he puts his phone away and precedes to ignore her.

We also meet JoJo who has worked with a slew of artists and has come to Miami to open her own boutique. She doesn’t want to follow her father’s dream for her and become a lawyer. When she asks her dad to give her the money he tells her that he doesn’t trust her and that she only has six months to get the business up and running. When her dad comes to the store she tells him “I need you and mom to come to the grand opening of my store.” Her dad is not happy to hear this because she and JoJo’s mom are not getting along.

Steph Licor meets up with Ameara and tells her “I saw Young Hollywood at an event and I told him that he owed you an apology. He said that he would apologize if Veronica would go on a date with him.” Ameara is not happy to hear this. She feels that Veronica is disloyal to her.

When Prince finally gets home the next day Veronica is pissed. He tries to calm her down. She tells him “I don’t want to hear it because your event ends at night and you hang around with bitches.” Prince gets angry and he asks her “What are you? My sugar momma?” Veronica is not having it. She tells him “I’m the one who holds you down and you’re out here with all these other girls.” Prince gets angry himself and says “I could be with any girl in Miami, but I choose to be with you and this is how you act?” Veronica storms out of the room.

Pleasure meets up with Shay to have a drink and clear the air. He tells Shay “I got flowers and a bottle of wine for you.” Shay tells him “I need to own up to my part in some of the things that went wrong.” Pleasure tells her “I met with Blue and he wants to apologize to you. I’m doing another event with Pretty Ricky and I want you to come.” Shay agrees to come. She tells him “You treat me better than anyone has in a long time.” They go to makeup and P doesn’t tell her about his ex.
JoJo’s mom drops the bombshell on her that her dad has filed for divorce and that he doesn’t want to give her any money. JoJo tells her “I want to make sure that the store does well so that I can help you.” JoJo’s mom says “No. I want to fight. If he wants to divorce me he needs to pay me.”

JoJo’s grand opening night has finally arrived and the store is beautiful. Veronica Vega is there to Hollywood to make sure that he apologizes to Ameara. When they spot her in the store they head over and he apologizes to her. Amaera isn’t hearing it. She asks him “Are you apologizing to me because you mean it or because Veronica told you that you had to?” Hollywood tells her “Not at all.” Then he asks her “Where is your anger coming from?” Amaera is not having it. She tells him “Take yourself out,” Ameara tells Veronica “There is so much better in this world.” Veronica isn’t hearing it and tells Ameara that she can’t tell her who to hang out with and then leaves with Hollywood.

Jess’ mom Feride is there and her dad shows up. Things become super uncomfortable. Her mom asks “Why is he here?” JoJo says “It’s my grand opening.” Her dad tells her mom “I don’t care if I have to spend one million dollars on my lawyers. It’ll be worth it to get you out of my life.” JoJo is so embarrassed that she doesn’t know what to do. Her dad apologizes for making a scene.

P and Shay are at Pretty Ricky’s event at the Ice Cream parlor. Blue and Shay finally sit down and hash things out and apologize to each other. She tells him “I’m not going anywhere and I love him.” Blue understands. However, there is trouble on the horizon as P’s ex-girlfriend Gabby shows up at the event. It looks like P’s deception, or lies of omission, are about to catch up with him! P escorts Gabby off to the side. He tells her “I’m not the best one for surprises.” Gabby just laughs. Meanwhile, inside the club Shay is looking for P. Blue gestures that he headed outside so Shay heads out the door and comes upon P and Gabby sitting on the table sharing a carton of ice cream. She looks none too pleased!