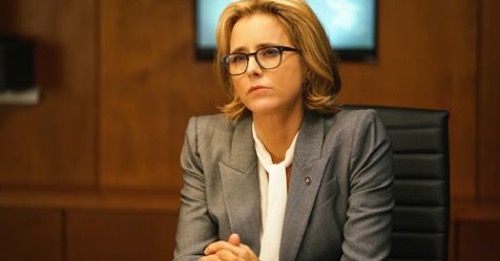 Tonight on CBS Madam Secretary airs with an all-new Sunday, October 14, 2018, season 5 episode 2 called, “The Chaos Game,” and we have your Madam Secretary recap below. On tonight’s Madam Secretary episode, as per the CBS synopsis, “Elizabeth discovers that the White House attackers had support from overseas, and tries to hunt down those responsible without starting a war. Also, Henry comes face to face with one of the attackers.”

The president was informed about an avoided attack on tonight’s all-new episode of “Madam Secretary”.

The White House was still recovering from the last attack. They had lost June O’Callaghan when someone used a missile to target the seat of the presidency and so no one wanted to go through that again however they got lucky. The person that local police picked up had been pulled over after someone noticed he bought more than one pressure cooker. There was a reason for buying one and so it was the whole buying two that made a salesperson suspicious. She had even tried to elevate her own fears by talking about recipes to see if she was wrong and the suspect in question hadn’t looked in the slightest interested in cooking. The suspect’s name was Nathan Cleminger and as it turns out he had enough material in his trunk to make a bomb.

The local police may have believed that Cleminger would have been a lone attacker, but a further investigation into Cleminger showed that he was a member of the Aryan Popular Force. It was the APF that took responsibility for the attack on the White House and the bomb material that the police found showed that APF might be preparing for a second attack. The only way to truly know that was to talk to Cleminger and he wasn’t being cooperative. He told agents about how there was a war on the white race and how the liberals wanted to destroy his culture, which was the APF’s party line and so the difficulty was getting Cleminger to speak about the specifics. He wouldn’t name names nor was he prepared to talk about the material in his trunk.

Cleminger considered himself a White Nationalist and his ideas were the only thing he was willing to discuss. He wouldn’t talk about the lethal material he had been found with and later he wouldn’t even discuss what was found on his laptop. Cleminger it seems had been talking to Alek Starowalski. Starowalski was a member of parliament in Poland and he was considered part of the extreme right over there. He was anti-Muslims, anti-Semitic, and was anti-everything considered liberal. He was pretty much a more accomplished version of Cleimger and the fact that the two men had been talking had shown that Cleminger colluded with a foreign power. And so the president was willing to charge Cleminger as an enemy combatant.

The president needed the agreement of the House and Senate to charge an American citizen with such a crime and he couldn’t even get his cabinet to agree with his plan. Madam Secretary didn’t want to set a precedent with Cleminger because she was afraid of what future administrations would do with such power and so Russell decided to hold an impartial review of the charges. He brought together people from both sides of the aisle and he had them determine whether or not it would be prudent to go ahead with charging Cleminger as an enemy combatant. One of the people reviewing the charges is Henry McCord. He was married to Secretary and his daughter had been injured in the attack yet Russell still believed that Henry was the best person to turn to.

Henry had worked with extremist before and he wanted to talk to Cleminger himself. He had done his research and he believed that Cleminger had once been a highly intelligent young man. Cleminger had grown up in the church and he had written insightful papers about how Japan helped shaped Art in French Impressionism. So Henry went to see Cleminger and he tried to remind him who he used to be, but Cleminger wasn’t having it and he spat in Henry’s face because he knew that Henry was married to the Secretary of the State. Henry could have used that moment to justify charging Cleminger and he hadn’t. He later told the president that the people like the APF believed they were following the constitution and so he said them let face the true power of the constitution.

The same founding fathers that created the justice system were the people that Cleimger claim to admire. Henry argued that Cleminger should face a trial and in doing so he was able to convince President Dalton to step down from the enemy combatant charge. However, Russell hadn’t been happy. He picked Henry because he was hoping that Henry couldn’t be impartial and then Henry proved him wrong. The two men had it out after the president made his decision and Russell had blamed Henry for Cleminger getting a trial. The man was already interviewing lawyers that were lining up to take his case and a good lawyer could get his initial charges thrown out because the local police had been acting in part thanks to a tip.

They couldn’t even charge Cleminger with collusion because his polish friend was killed. Starowalski was secretly accepting payments from the Russians to stir up trouble and the second it looked he was going to be extradited – he was found dead at home of an apparent suicide. Except the Americans knew the truth. They knew that the Russians had killed Starowalski in order to blame the liberal members of parliament and unfortunately the Russians were winning. They had stirred up unrest and the Polish started to pull away from the Americans. They hadn’t wanted to seem like they were too friendly with the group of people suspected in Starowalski’s death and so Secretary McCord had to use incentives to keep an ally loyal to the US.

And while the Polish stopped trying to back out of NATO, both sides knew that the Russians were going to keep on coming and that there was nothing they could do about it.