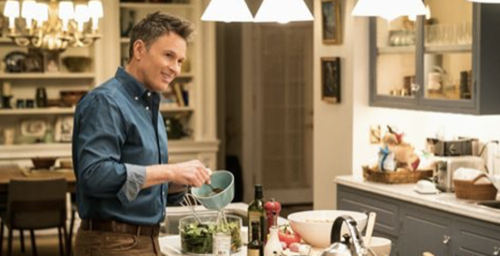 Tonight on CBS Madam Secretary airs with an all-new Sunday, May 6, 2018, season 4 episode 20 called, “Thin Ice” and we have your Madam Secretary recap below. On tonight’s Madam Secretary episode, as per the CBS synopsis, “Elizabeth deals with a refugee station while being shadowed by Neal Shin.”

A reporter named Neal comes to meet Liz. He has been given the opportunity to spend 48 hours with the State Department. Daisy meets with him first. She is all business. Liz introduces him to the team and brings him into their morning meeting. A group of young kids has fled Honduras due to the gangs. With Dalton’s immigration policy currently on the floor, Liz is stuck in an impossible situation; she cannot allow them into the US.

They head to a speaking conference where a former Afghanistan leader, Amina is attending. Neal asks her in private if they could meet later. She agrees.

Liz brings Neal home with her. He sits down and speaks with Stevie about her internship at the White House. Neal insinuates that Stevie got the job at the White House because of her mother. Henry comes down. Neal asks Henry about his job.

Neal meets with Amina at a local bar. She tells him off the record that giving the Taliban a seat at the table may not have been such a bad thing after all. She may have lost her job, but it ended the conflict.

That night outside his home, Neal is approached by a press company looking to offer him a book deal on Liz. He takes the envelope with a contract inside.

The book deal comes with a $200k advance he could use given his small apartment, pregnant wife, and a broken fridge.

Liz must meet with Morejon who is holding up Dalton’s immigration bill. He is looking for a favor and wants to talk about prisons and backing off of divesting in them. His communications director sees Neal and stops him from listening to what her boss and Liz are talking about. Neal once wrote an article about Morejon that he did not like.

Outside the meeting, the team meets up and laugh about what Neal did to Morejon.

Liz and Neal visit Russell. He wants Liz to play hardball with Morejon, pull out all the stops and reveal some of the ugly they know about him. Liz refuses. She is not a scoundrel. She has another idea. Russell gives her one more chance to do it her way.

Liz heads to one of the biggest funders of Morejon’s campaign who has four prisoners in Texas. She threatens him, telling him she knows that Morejon’s interests are his interests. He can change his prisons into housing for refugees. He hesitantly agrees.

Back in the car, Neal cannot believe she would work with the rich man that gives Morejon campaign finds in exchange for favors. Liz tells her day is all about taking babies off of boats. Neal gets a call. His wife is in labor.

Neal publishes his paper. His focus is transparency and while there are parts Liz doesn’t like it was all truthful.

Liz stops by the hospital to see Neal and his baby. She gives him a wet/dry vac as a gift.

Neal heads to see Liz. While their time is over, he offers her a zip drive he received from the publisher who offered him a deal. It’s something Liz should see. But she tells him to keep it. She is more than willing to explain herself for everything she has ever done. Neal respects her. He heads out and gives the drive to Blake, telling him to keep it safe if Liz ever needs it.