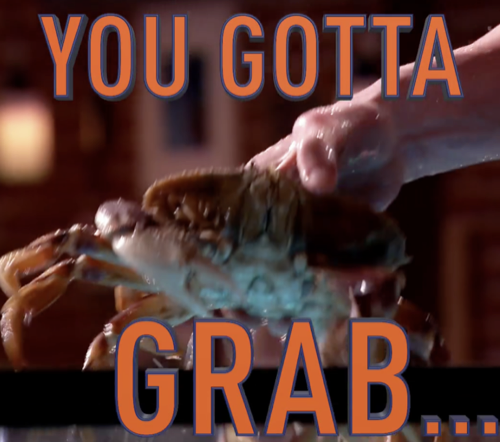 The top 22 home cooks have their challenge, they all have to work with crabs. Gordon is going to give them a lesson on how to break down a crab. The home cooks have 30 minutes to cook, get the crab meat out and display it like Gordon did.

The home cooks have finished, Mark is the first safe and heads up to the balcony, Alecia is also safe and Cesar. Farhan is not safe, he finished 5 minutes early and there was a shell in his crab. Gerron forgot to use one of his crab’s legs, he is not safe. Darrick and Samantha are not safe, neither is Ralph, Stephanie, Ryan, and Olusola. Juni is safe, so is Chelsea, Ashley, and Shanika.

The person who had an edge over everyone, Chelsea, Gordon called it a dream performance. The home cooks that are still standing behind their stations now have to compete in an elimination competition. The home cooks have to use the crab meat that they shucked and re-create Gordon’s crab, Benedict. Gordon first shows them how to do it, now it is up to them to re-create.

This is a difficult dish and there are a lot of components that can go wrong. Ralph is up first, the eggs are beautiful, Gordon is impressed. Stephanie is next, her hollandaise was not good. Farhan is next, he nailed it except for the paprika.

Gerron has one of his eggs poached too hard, the crab needs more lemon and the bun needed to be toasted more. Samantha did well. Matt did very well. Ryan did good but there wasn’t enough hollandaise. Darrick did well. Olusola is the last one, she only did one egg and it looks horrible.

Nine home cooks with varying degrees of success. Ryan, Ralph, Matt, Samantha, Darrick, and Farhan are told to go up to the balcony. There are three left: Olusola, Gerron, and Stephanie. Gerron is safe, Olusola and Stephanie are going home.