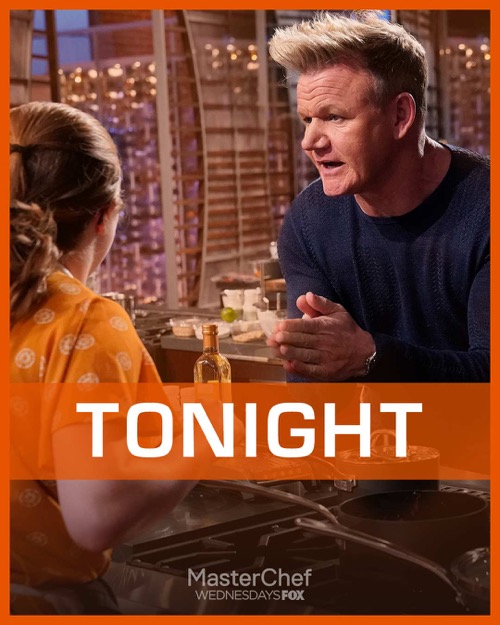 Tonight on FOX Gordon Ramsay’s Masterchef Junior continues with an all-new Wednesday, June 6, 2018,  season 9 episode 3 & 4 called “The Judges Do Battle, Pt. 3 – Home State Heroes,” and we have your weekly Masterchef Junior recap below. On tonight’s Masterchef Junior episode as per the FOX synopsis, “Forty-three of America’s finest home cooks compete in the Battle of the Apron challenge, during which they will face off against each other to earn a spot in the Top 24. Then, in the first mystery box challenge of the season, the Top 24 must prep, cook, and plate one dish featuring an ingredient unique to each of their home states.”

Only nine aprons left to give out tonight and the competition is tougher than ever before. Two talented home cooks who hope to get an apron are; Farhan is 25 years old and his father owns a series of restaurants, Gerron is 25 and he is the first person in his family to graduate from college. This is a fried chicken cook-off, they have 45 minutes to prepare their dishes.

Farhan made Tandoori Fried Chicken on Black Pepper Buttermilk Biscuit. Aaron says it is one of the best dishes he has ever tasted in the kitchen. Gordon loves the Indian culture. Joe says it is a good dish and needs to think about it. Gerron made Nashville Hot Chicken with Green and Red Cabbage Slaw. Gordon loves the sauce but would have liked to see more finesse on plating. Aaron says don’t be afraid to put slaw on. Joe says it is good, but he wants someone who really wants it. Joe offers an apron to Gerron. Aaron offers an apron to Farhan. Gordon offers Farhan an apron. Gerron puts on his apron, Farhan has a big decision to make, he picks Aaron.

Up next are three home cooks; Tye is 42, she is an assistant professor, Darrick is 34 and he is an engineer, Alecia is 30 and she is a daycare owner. Each will have to do a Gordon Ramsay signature dish, they have 45 minutes.

Alecia made Fish & Chips with Lemon Garlic and Tartar Sauce with Seasoned Fries. Gordon says it is good but needed to be cooked a bit more. Joe loves the sauces. Aaron thinks the batter needs help. Darrick made Sticky Toffee Pudding with Dates and Caramel Topping. Gordon doesn’t say anything. Aaron asks if Gordon liked it, Darrick says he doesn’t know; Aaron says the spices are good. Joe doesn’t say anything. Tye made Grilled Lamb Burger with Olive Tapenade Sauce and Mediterranean Salad. Gordon says the burgers are beautiful but soggy. Aaron loves the onions, just the texture is off on the patty. Joe likes the flavor. Joe doesn’t give out an apron. Gordon offers an apron to Darrick who is overwhelmed and starts crying. Aaron offers an apron to Alecia.

We rush through a few more chefs; Aaron gives an apron to Lizzie, Gordon to Stephanie and Joe to Sao. Gordon and Aaron are left with one apron each. The final home cooks are; Juni who is 28 years old and a Disability Analyst, Nik is 29 from the Cayman Islands, Chera is 48 from Texas, Ashley is 28 and a teacher from Florida.

Chera made a Herb-Encrusted Lamb Chop with Corn Jalapeno Salsa and Tequila Onion Jam. Aaron said he likes the hash but the lamb is under done. Gordon says the lamb is undercooked. Juni made Chile Relleno with Potatoes, Broccoli and Tomato Sauce. Aaron thinks there is too much sauce, but the flavor is good. Gordon loves the chili, not the presentation. Nik made Cayman Style Lobster with Tumeric Dill Rice, Peppers and Scotch Bonnet. Aaron likes it but doesn’t think the bacon has to be there. Gordon says the dish needs a broth. Ashley made Chocolate Spiced Brownie with Candied Pecans and Chocolate Ganache. Gordon loves the brownie, but thinks it needs something tart. Aaron likes the heat but thinks it is sloppy. Ashley got an apron from Gordon, Juni got an apron from Aaron.

Time for the first challenge for the top 24 home cooks. Time for the very first Mystery Box Challenge. Everyone has an ingredient that is native to their home state. The person with the very best dish will get a huge advantage in the next challenge, they have one hour. Each judge will call one cook that they gave an apron to. Joe picks Emily, she made Broccoli Mac & Cheese with Crispy Chicken Thigh and White Wine Cheddar Sauce. Joe loves it, he is impressed with the dish. Aaron says the dish is expert. Gordon thinks the chicken is amazing, loves the presentation. Aaron chooses Farhan who made Peppercorn-crusted Walleye with Homestyle Potatoes and Coconut Moilee Sauce. Aaron thinks it is unbelievable, it is a genius dish. Gordon says the fish is stunning, he loves it. Gordon chooses Ashley who made Mojo Pork Tenderloin with Mashed Sweet Plantains and Orange Mustard Sauce. Gordon loves it, it is delicious. Joe loves the technique, but expected

Three incredible dishes but there can be only one winner, that is Ashley and she is safe from elimination. Each judge will now have to pick a person who let them down, Gordon chooses Sid, Aaron chooses Alicia, Joe chooses Sal. For survival, they will have to make steak and mash potatoes. First Gordon is going to show them how to perfect the dish. Three will cook and only one will be safe.

Sal made Pan-Seared Steak with Red wine Reduction Sauce and Parmesan Cheese Mashed Potatoes. Joe loves the steak but says it is a medium instead of medium rare, the rest of the dish lacks technique. Aaron says the steak is over cooked, it needs work on the sauce.

Alecia made Seared Steak with Mushroom Onion Sauce and Loaded Mashed Potatoes. Gordon says the steak is perfect, visually a little scrappy. Aaron likes the cook on the steak and the potatoes, but the garnish is confusing.

Sid made Herb-Crusted Steak with Beef Stock Onion Mushroom Sauce and Yukon Gold Mashed Potatoes. Joe says the steak is cooked perfectly but the onions and mushrooms have broken the sauce. Gordon thinks the dish needed pepper, the sauce is broke.

Alecia is staying in the competition. Both Sid and Sal are going home.