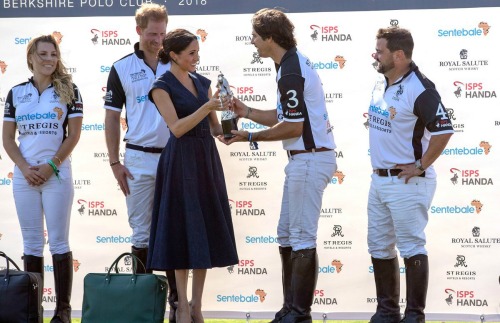 Meghan Markle will be taking on a very important royal role the moment her brother-in-law Prince William becomes King of England. As a matter of fact, both Meghan and her husband Prince Harry will be stepping things up as they take on more prominent roles in the monarchy.

According to reports, Prince William will expect everyone that’s close to him to prepare for quite a few changes the moment he becomes the leader of the royal family. One royal expert even says that everyone, including his own wife Kate Middleton, will have a substantial amount of responsibility.

In other words, there will be less time for month-long vacations in the Caribbean and more royal engagements and public appearances to attend.

Royal butler Grant Harold told Britain’s Express in an interview, “The Duchess of Sussex will have an important role to develop as one day she will be sister in law to the King. She will take on duties on behalf of the monarch as we see the Royals do today for the Queen.

Both royal duchesses have important roles to fulfil. I imagine we will see more of the Duchess of Cambridge as she prepares for her future role as Queen.”

The Duchess of Sussex has already proven that there’s no task that’s too large that she can’t take. She’s managed to win new royal fans when she appeared at ease during her first solo appearance with Queen Elizabeth last month. If that weren’t enough, Meghan has been working non-stop ever since she became Prince Harry’s wife.

She is a Patron of The Royal Foundation forum and has also attended engagements as part of the Commonwealth Heads of Government Meeting in London.

Meghan Markle has proved that she is willing to dedicate all of her time and effort in her new role as a member of the royal family. Earlier reports have indicated that she recently declined an invitation to attend next month’s 70th Emmy Awards ceremony in Los Angeles. That’s because she wants to draw a fine line between her old life as a Hollywood actress and her new life as a royal.

Prince Harry and Meghan Markle married in a lavish ceremony at Windsor Castle back in May. So far Buckingham Palace hasn’t made any comments about what Meghan’s role will be once Prince William becomes King of England. In the meantime, don’t forget to check back with CDL for all the latest news and updates on Prince Harry, Meghan Markle and the rest of the royal family right here.